Nathan Leigh & The Crisis Actors – All Myths Are Remixes 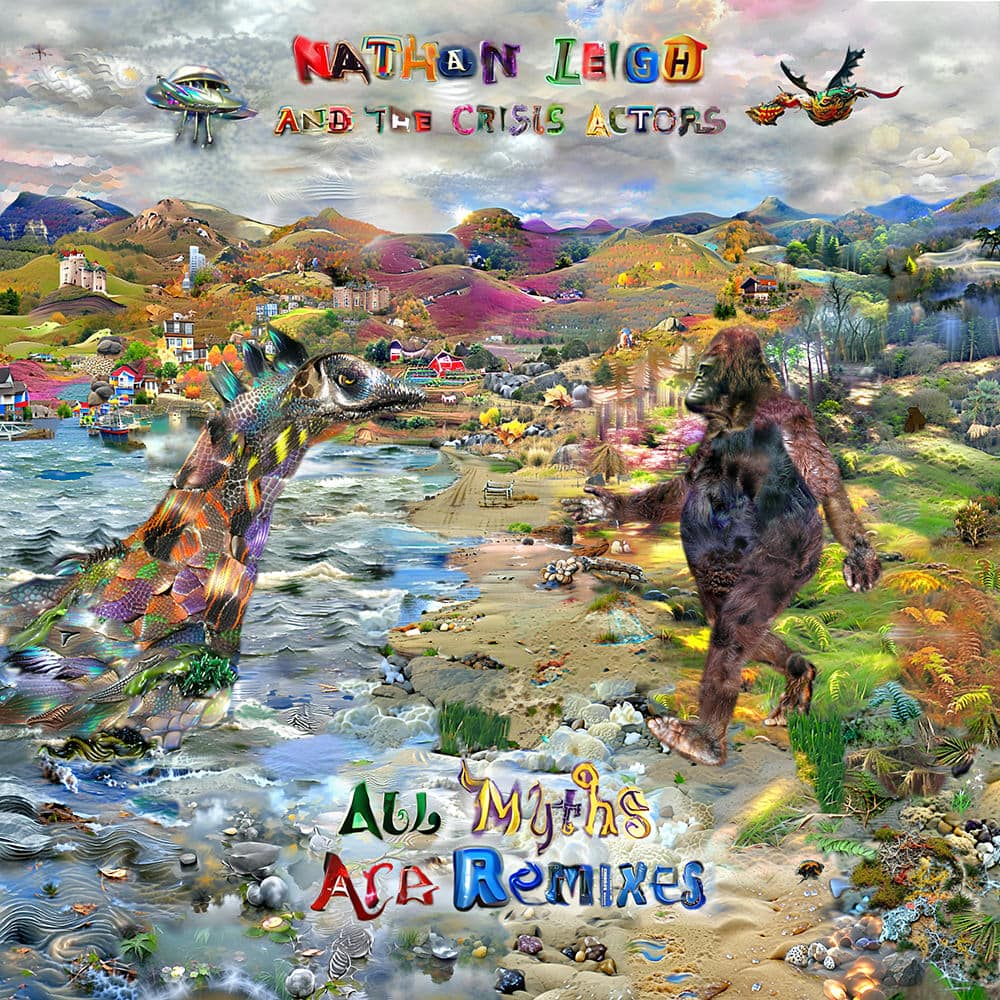 Nathan Leigh & The Crisis Actors have captured the spirit of collaboration on their new album, All Myths Are Remixes. The album, which features ten remix tracks alongside some of Leigh’s favorite collaborators and friends, is a clear labor of love. The album weaves in and out of varying genres with ease, from the dreamy opener, “Pirkei Avot (Pixelated Mix)” to the drum and bass-leaning “Dad Rock (Demoscene Mix)” all the way to “For When You Feel Like Giving Up (ft. Anthony Cekay)”, which is spearheaded by smooth saxophone alongside simplistic production.

The album’s biggest strength – its diversity – can sometimes be its weakness, as it can lack the flow that most full-length records consist of, but where it might fall a little short in consistency, it makes up for in creativity. Simply put, there isn’t really anything quite like All Myths Are Remixes. Most artists wouldn’t be able to make songs like the emotional, “Too Much / Not Enough (ft. Melissa Baethoven)” and the oscillating, dreamy “Watch The Waves (Doppler Mix)” sit nicely by one another, but Nathan Leigh pulls it off with ease. At its core, All Myths Are Remixes is driven by heart. The album replicates the energy and excitement of jamming or collaborating spontaneously with friends, which makes it a clear win.