Whether you’re a Colorado native or a transplant, someone who is deeply ingrained in the local music scene or someone who just wants to get some $3.03 margaritas at Illegal Petes, 303 Day is a day that all Coloradans – especially 3OH!3 fans – look forward to. Since what feels like their inception, 3OH!3 have celebrated 303 day in their home state, with sold-out shows at intimate venues like The Aggie Theatre in Fort Collins and The Fox Theatre in Boulder in past years. This time around, 3OH!3 returned to Denver to celebrate 303 Day in style for their first performance at Mission Ballroom and it was certainly a night to remember.

Kicking off the night were fellow Colorado locals and 2019 Hometown For The Holidays winners, VYNYL. Although the band kicked off their set with a slightly shaky start and technical difficulties out of their control, they eventually pulled through and won over the crowd by the end of their set, with many fans in the front row singing along to their latest single, “Who Could U Be”. The set served as the perfect kick-off for the band’s short run of tour dates that will bring them back through Fort Collins and Denver again later this month. 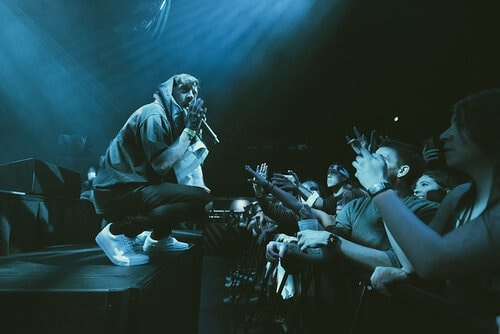 Following VYNYL’s strong opening set were local scene veterans, Breathe Carolina. To say that the electronic act has been through many changes since their inception and debut album, It’s Classy, Not Classic in 2008 would be an understatement, and for many of the older 3OH!3 fans in the crowd, it came as a shock to see David Schmitt start the set behind a DJ booth. But for many of Breathe Carolina’s die-hard fans – most of which were pressed up against the barricade and screaming when Schmitt reached out over the crowd to touch their hands – this was exactly what they came for. From the back of the venue, their hour long set did seem to drag on a little bit, but it was hard to deny that Breathe Carolina did their job of getting the crowd hyped up, especially when they closed their set with their hit, “Blackout.”

Before 3OH!3 could finally grace us with their presence, it was time for the only non-local act to take the stage: Lil Jon. And, well… it was an experience, to say the least. Lil Jon kicked off his set with his smash single, “Shots,” only it wasn’t quite what fans expected. Rather than performing “Shots” as the song was originally recorded, Lil Jon played a remix of the track… from behind a DJ booth. In fact, he spent the majority of his set on the decks. It wasn’t necessarily what fans were expecting, but the occasional “YEAH” and “WHAT” were enough to hold the crowd over until he finally proclaimed that he was feeling nostalgic and came out onto the stage to perform hit after hit, including, “Snap Yo Fingers” “Turn Down For What” and of course, “Get Low” and the crowd lost their collective minds. It was the perfect warm up to the ridiculous and energetic set that was to follow. 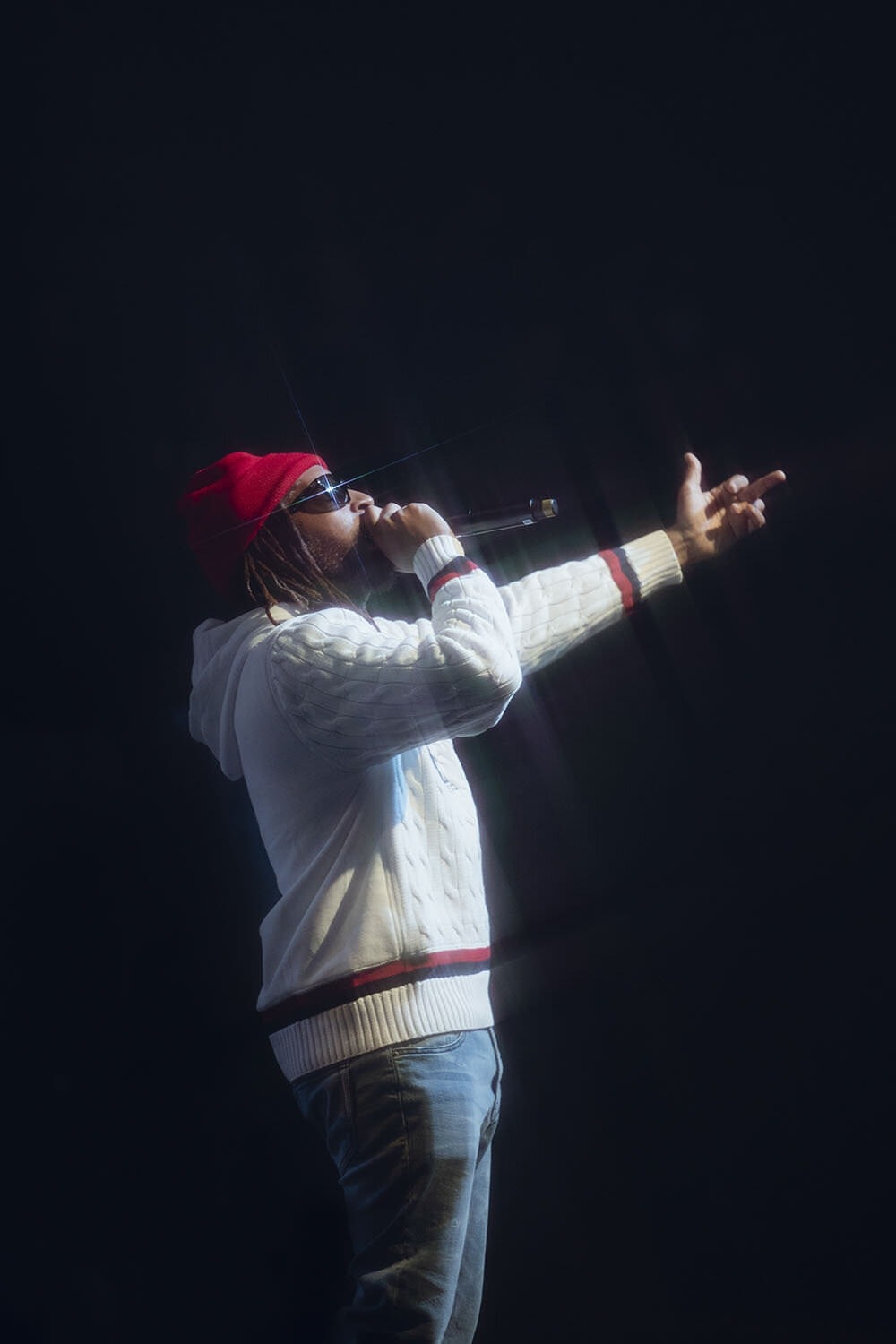 Honestly, it’s impossible to say one bad thing about 3OH!3’s performance. Sure, one could argue that they’re pandering to “nostalgia culture” by playing a set comprised primarily of songs from 2008’s WANT, but damn, they sound good doing it. Over a decade later, and Sean Foreman and Nathaniel Motte still have just as much energy as they did playing tiny house shows and Fox Theatre headliners when most of their original fans were still teenagers. And to argue the nostalgia factor of it all, the set was also peppered with some of the duo’s newer tracks from their latest album, NIGHT SPORTS, most notably, “MY DICK,” which was performed alongside a choir. Yeah, you read that right, 3OH!3 got The Denver Choir league to come on stage and sing, “Every time I look at my dick, I’m like holy sh*t, that’s a big dick.”

3OH!3’s entire set was high energy from start to finish, from some of the first few songs, “CHOKECHAIN” and “PUNKB*TCH” to “STARSTRUKK” and “My First Kiss.” The entire set sounded flawless, and unlike most artists, the duo never seemed winded despite running all over the stage and occasionally jumping into the crowd. Highlights of the night were definitely the hilarious “MY DICK” performance, as well as hometown favorite “COLORADO SUNRISE” and the ballad, “STILL AROUND.” Of course, they ended the night with the song that put them on the map – “DONTTRUSTME” (accompanied by the choir once more) and by the time they left the stage, there was no questioning why 3OH!3 continue to return to their home state for 303 day shows. It was the perfect celebration of our weird, quirky and kind of messed up state. 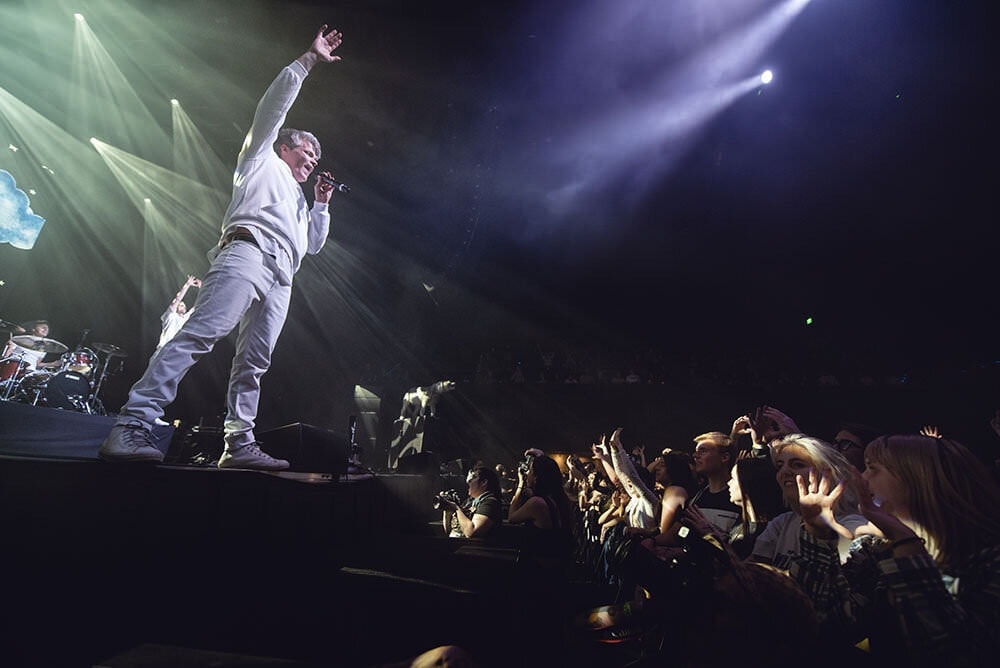