G2 Esports Expands Into Music With “Our Way” 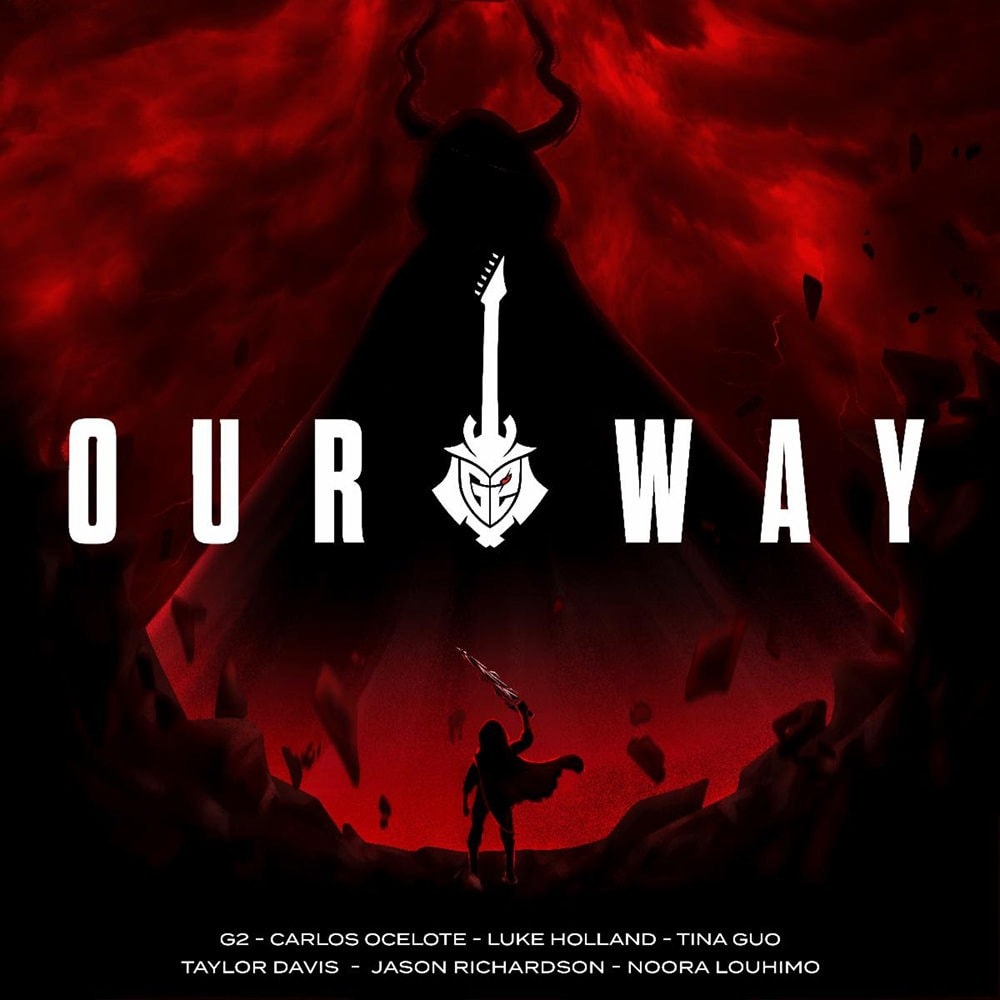 Already one of the world’s most successful and distinctive esports organizations, G2 Esports is expanding into music with the release of the epic power metal anthem “Our Way.” The inaugural release from G2’s newly launched music initiative, G2verse, sees company founder Carlos “ocelote” Rodriguez leading a team of metal luminaries.

“Epic power metal is my favorite genre. I don’t care about its marketability. It’s coming from the heart like everything else we do.” commented Rodriguez. “20G2 is our year. This song is its anthem.”

The accompanying music video for “Our Way” also launches the official 2022 G2 Jersey, created in partnership with adidas and now available online HERE. The wider G2 adidas Pro Kit, including a full tracksuit, a sleeve, and a supporter jersey, will follow in the coming weeks.

Some of G2’s legendary players, including Rasmus Winther “Caps”, Sergen Çelik “Broken Blade”, Marcin Jankowski “Jankos”, Nikola Kovač “NiKo” and Zainab Turkie “zAAz”, appear in the music video, wearing the new 2022 jersey, pursued by a Shadow Demon angered by the theft of an ancient artifact box. Rodriguez opens a portal with a sword made of shards. Those shards can also be found on the official 2022 G2 jersey itself. (Sami is an easter egg on the jersey, within the holographic.)

“We are the number one esports organization in the world. And now, we are setting the stage to entertain everybody beyond just competitive video games. This is the beginning of an insane, fun ride.” Rodriguez declared.