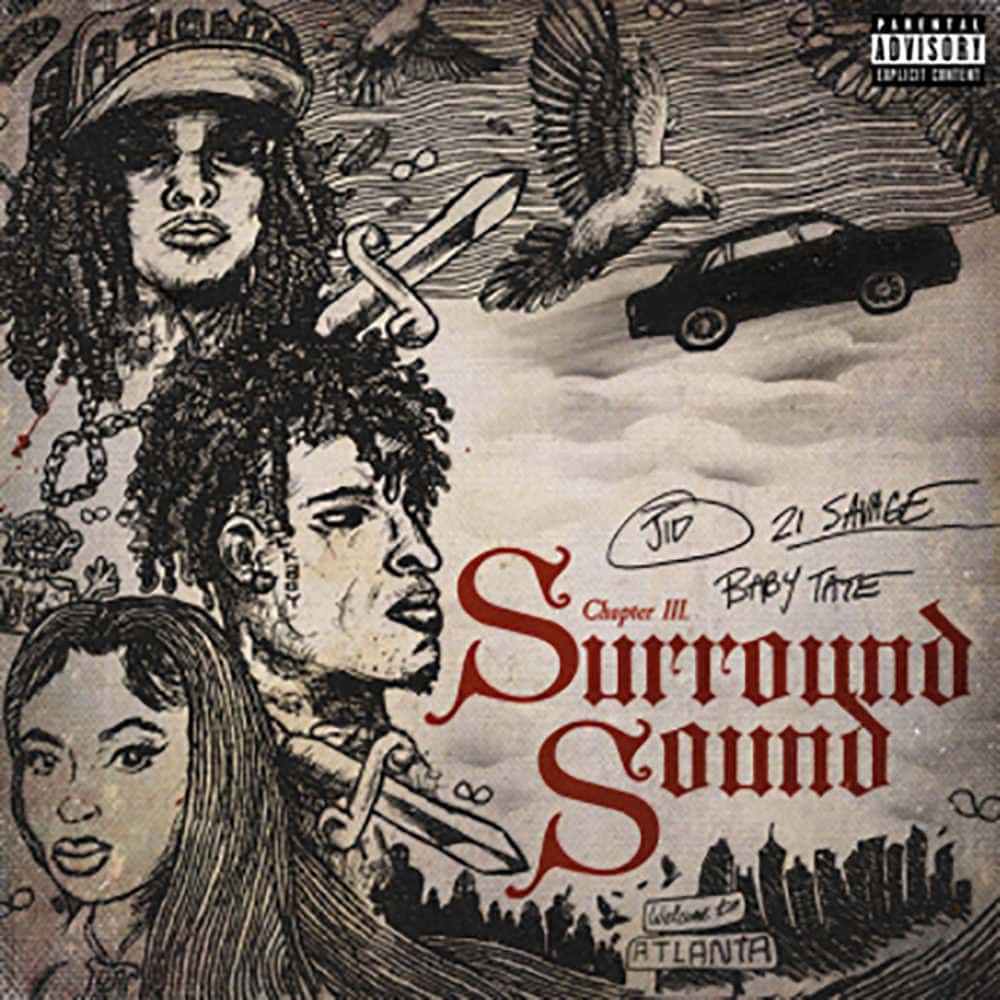 J.I.D has returned with a blockbuster single titled “Surround Sound” featuring fellow Atlanta heroes 21 Savage and Baby Tate. Produced by Christo and DJ Scheme, “Surround Sound” hits all the markers of what broke the Atlanta rapper on the scene initially — a chokehold of ‘the pen’ and talent for rapid fire word play which if not paid attention to can go over one’s head. The track also breaks down at the 2:29 mark for a flow switch up — another J.I.D specialty — allowing room for the Dreamville artist to be braggadocious. The song came accompanied by a Mac Grant and Chad Tennies directed music video that perfectly spotlights all three artists at the forefront of their verse.

The song release comes at the heels of J.I.D being included on the Coachella lineup for 2022. This will be his debut Coachella performance.