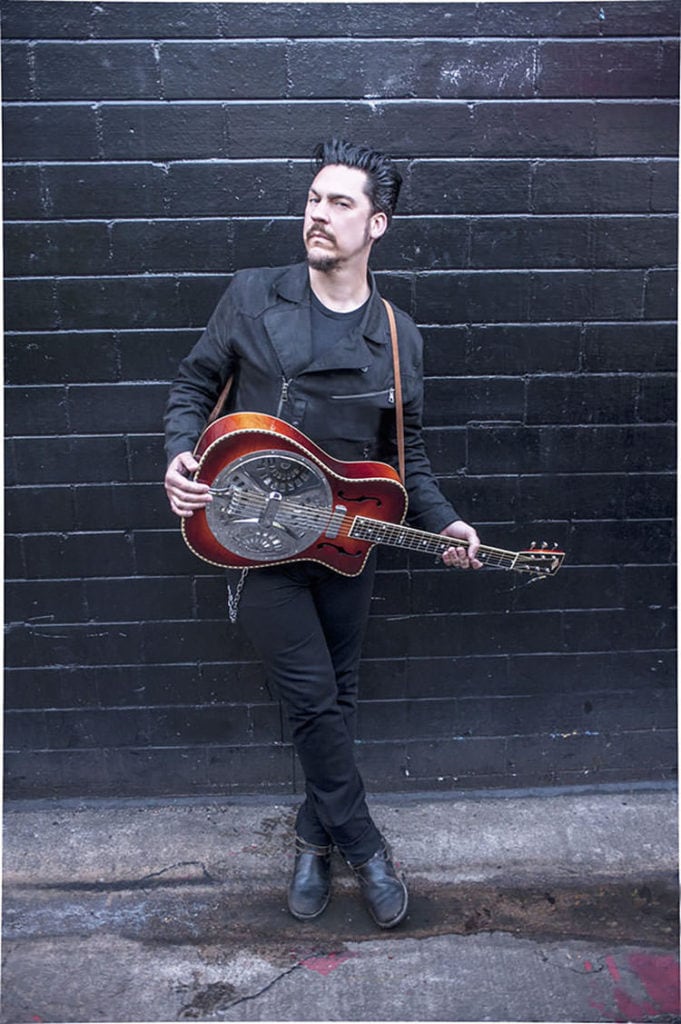 Country-blues-punk guitarist and singer/songwriter Jesse Dayton just celebrated the release of his new album, The Revealer, an ode to Dayton’s family and his home state of Texas. Recorded at the legendary Sugarhill Studios in Houston, the album celebrates Dayton’s history and showcases his prowess as a musician and songwriter, as nearly every instrument on the album was played by Dayton himself, from guitar, keys all the way to bass and percussion. In celebration of the album release, Dayton is hitting the road this fall alongside The Reverend Peyton’s Big Damn Band and The Supersuckers, kicking things off at The Gothic Theatre in Denver on October 7th! Read what Jesse Dayton had to say about his new album and upcoming shows below!

You’re just gearing up to release your new album, The Revealer. What are you most excited for fans to hear on this one?

Well, it’s been awhile since I’ve made a record. I’ve been making movies, touring w/ X and John Doe so started stock-piling songs for a new record awhile back. Guess I’m just excited for them to hear these songs about my life growing up on the Texas/Louisiana border. The 1st song Daddy Was A Badass is doing well on Americana radio.

What goals did you have in mind when working on The Revealer?

We recorded it at legendary Sugarhill Studios in Houston where Jerry Lee Lewis, George Jones, Doug Sahm & Freddy Fender recorded. The goal was to make a live room sounding record with 12 of my best songs out of the 20 I wrote for it. I think we achieved it. It’s the best record, in my opinion, that I’ve made.

For this album, you did a little bit of everything, playing guitar, keys, bass and percussion all on top of singing. Do you feel that this gave you the freedom to create whatever you wanted on this release?

Yes I do. Sometimes when you get real hot players on your record, they tend to over play or they tend to sound flat cause they’re trying not to over play. I started on drums and piano, so I could hear the parts in my head. Sometimes it’s just better to do things yourself, not to save time, but to save your sanity.

You also had a strong team of musicians helping you out on The Revealer – what do you feel they were able to bring to the table?

The ringer musicians I did bring in we’re amazing. Musicians like these are like race horses. Too many times, producers don’t let them run and they just sit there in the gate. For the songs I did need them on, we created a big space for them to play on the things that I couldn’t do, so they could really let go and rip it up.

The album was also recorded in your home state of Texas – was this intentional? How do you feel the music scene in Austin has shaped you as an artist?

Yep, we intentionally did it in Texas. The songs are mostly autobiographical and my family is a very old Texas family… We’ve been here for generations, so that was intentional. Austin has definitely shaped me in a big way. Nightclub owner Clifford Antone found me in a dive bar in Beaumont Texas when I was 15 and brought me to play in Austin. Between clubs like the Continental Club, Broken Spoke and Antones, I’ve got to play with some high caliber musicians. I had to put in my 10,000 hours!

What would you like listeners to be able to take away from The Revealer?

I’d like for listeners to take away a unique experience listening to The Revealer that they can’t find anywhere else. I’m not just a acoustic guitar singer-songwriter, but I’ve spent just as music time learning the craft of song writing,(soaking up years of Townes Van Zant and Guy Clark), as I have learning to shred a Telecaster & getting to record w/ Waylon and Willie. I feel like I have something different to offer. It’s a noisy/crowded world we live in, I want to take people somewhere else.

You’ve been on the road practically all summer and are kicking things off once more in October with The Reverend Peyton’s Big Damn Band. What on these upcoming tour dates are you most excited for?

Well, I played guitar on the Supersuckers biggest record “Must Of Been High” & I produced Eddie Spaghetti’s last record on Bloodshot, so I’m always excited to play with those guys. They took me out on the road in the early nineties, way before punk audiences started to embrace country music. Also, playing w/ Rev. Peyton will be great. He’s one of my favorite guitar players working right now so the shows are gonna be killer!

You’ll be kicking off those dates in Denver this October! What can fans expect from this show

Fans can expect a guitar assault. Myself, Metal Marty from the Suckers and Rev. Peyton are all high energy guitar freaks. Not to mention they’ll get some different music…country, punk, blues… A-1 badass American music.

What has been the highlight of your year so far?

Career highlight is a tough one. There’s been a few. Playing guitar for Waylon Jennings. Making movies with Rob Zombie. Playing David Letterman right before he retired. Playing guitar last summer for X when Billy Zoom was diagnosed with cancer. Lot’s to be thankful for.

You have plans almost throughout the end of the year, so what is 2017 looking like for you? Anything else big in store?

2017 we’ll tour Europe, then start making a new record. We’re also doing this thing called the Outlaw Cruise w/ Steve Earle, Lucinda Williams, The Mavericks & a bunch of other cool acts. I’m in talks right now about goin up to Canada and making another film in 2017.

Yeah, just like to say I really like your Governor Hickenlooper. He guy came out and saw John Doe when I was playing with him and was a great guy. I couldn’t imagine having a governor in Texas who was an X fan! But then again, you folks are civilized & legalized!