Q&A with Leon & the Fantastic: “I Wrote for Other Great Singers… but It Never Had the Spark, Never Truly Told the Story of My Music” 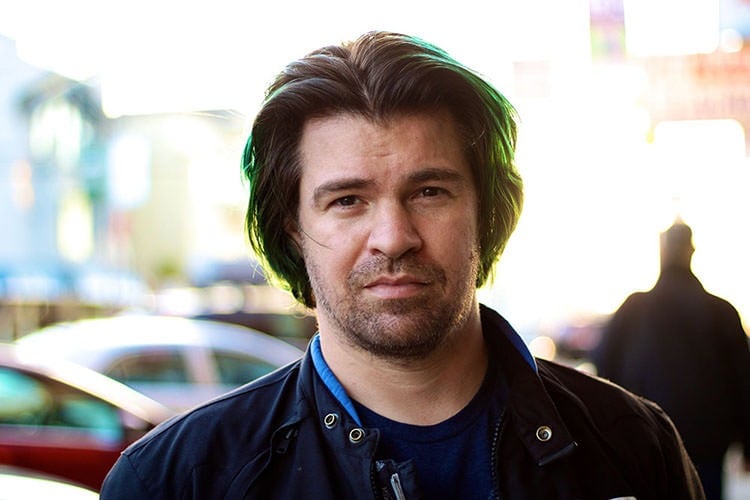 Leon & the Fantastic is about to emerge with his new EP, Let Me Cool, and it’s safe to say that he’s going to make one hell of an entrance. With plenty of experience writing for other artists over the years, frontman and mastermind Leon Rosen is ready for the world to hear his voice on Let Me Cool. By integrating a classical approach to composition with rock, pop, and R&B, Rosen is not only changing the game, but successfully creating a sound entirely his own.

This isn’t just music to listen to — it’s music to digest. Something to compel you, to make you think. From stunning songwriting to the powerful storytelling and lyricism in the songs, Let Me Cool will mark a strong start for Leon & the Fantastic, and you’re going to want to be there for it.

We recently caught up with Rosen to chat about the upcoming genre-bending release, out May 18th. Read the interview and watch the video for “Grieving Friend of a Superman” below!

Can you tell us a little bit about Leon & the Fantastic for any readers who might be hearing you for the first time?

Absolutely! Well, I’m Leon. I’ve always been drawn to mixing the intensity of classical music and soundtracks with pop, rock and hip hop. I caught a late start in doing my own music, for years I contributed to other folks projects as a writer or pianoman. So, I started working on my stuff. I try to keep it passionate and naive. Cross reference bootsie-ish bass lines with synth arpeggios, chromatic glissandos with sick nasty beats, and pure megatons of chord changes. But more important is that it just sounds like a song. I don’t want it to sound like a joke, or like ‘prog’ even though its obviously in that progressive category. I’m exploring a way to centralize it more and more. There are so many elements, but my aim is to get it to be one thing.

In 2015 I met producer/synth wizard Rob Shelton who helped me really form a coalesced sound, alongside drummer Jason Slota and Bassist Doug Stuart. Others come in and out for different projects. People say my writing has a 70s quality. Somewhere between Elton, Billy and Tom Waits, Randy Newman.  I call myself “your 21st century Billy Joel.” Except that I love hip hop, the movement, the radical message, and of course the music. I also spent years giving up on my own songs, during which time I took a deep dive into jazz training. Eventually I played with a few heavy hitters, went to music school the whole bag. So that also ends up a primary influence.  My sound mixes some stuff, I guess.

You’re gearing up to release your new EP, Let Me Cool in May. What are you most excited for listeners to hear on this release?

The way I feel about this release is pretty powerful, a little emotional. This is my first studio production. Its proof of concept. I’ve tried to describe this musical style and its tricky to put into words. We were able to do it. We broke ground, sailed the sea and hit land. It’s weird, but not too weird. If it’s one thing it’s rock, but its’ really not rock.

I want people to hear it, and for those who love it, to have a chance to connect. Everything builds to the last song. This album is my Opus 1. The last track really tells the tale of what I do in music and what the messages and lyrics I want to spread are all about. I am excited for people to hear the chord changes. I am nervous about them hearing my voice! I have a follow up album in the works, we’ve been recording and experimenting with taking it to the next level. So how this is received will have a little bearing on that. I’m just plain excited.

You’ve mentioned that Let Me Cool is your response to those who tell you to change your sound or settle down. What do you hope those people (or any listeners) take away from your rebuttal?

It’s my voice. I always gave up on my music because I’m not really a born singer, but I love to sing. I’m not touchy about it – I let other people sing, I wrote for other great singers, and it was ok, but never had the spark, never truly told the story of my music. And my music borrows from so much. I am honored to have spent so many years devoted to jazz, the true science, as one of my mentors liked to call it. Jazz is the historic experience of African folks in America as expressed improvisation and devotion to the theoretical and compositional advances in western music, through the art and science of the interval. And hip hop is jazz. And rock is ragtime, as Kendrick is Coltrane who is Scriabin who is Chopin who is Bach, and it’s a family tree. The tree is the source. What I do man is I love the source. I pray at the source, I drink from the source and I honor my teachers. But I go it my way. This blaze is my forest fire and its mad crazy large. So, I hope, and I wish that people can hear the source, and that is my rebuttal. That there are no genres. And my shit is dope.

I think no matter what sort of art you’re creating, there are always going to be people who tell you to change or play it safe instead of following your heart. Why was it important for you to create an EP that does the exact opposite?

We could have made a basic rock record with my tunes and some synths. We decided no guitars early on. Then I brought in the horns and the 8 piece vocalist chorus. Each new addition made Rob start to go nuts, but to his credit, both in his work as a producer and with his own band Meerna, he went full push hands with it, we made it one thing. And maybe because of that, it won’t have the bigger market that it could have had if I stuck with it. And that was a hard call. At my stage in life, I’m late to the game. I spent a lot of years giving up on music. And then came back. So not doing the smartest thing was a hard call. But my gut just turns to knots when I betray whatever nonsense I feel is right + true. So I do what is right. I am not courageous, I just don’t want a tummy ache.

How do you feel you’ve grown as an artist with the writing and recording of Let Me Cool?

I really learned that I have not done anything before Let Me Cool. That was a hard lesson, you know? Because I feel like, yo, I did stuff. I have songs I put out. But once we got started on Let Me Cool I deleted my whole catalog. I started from scratch. I learned so much from having Jason and Doug playing Drums and Bass with me. I’ve played with heavy hitters, so it’s not their instrumental skill or their swing. It’s that they know how to put it together in this type of music and man, it pushes me. It allows me to do this thing I’ve loved so long. I’m like Doctor Steve Brule if he met his first friend. So that’s one part. The other part is the production side. Rob Recorded to Tape, and then I mixed in Digital. We actually also mixed to tape, and one day I’ll release the Tape mixes, because they are pretty awesome too. But I’m hybrid man. I want to work with everyone. So, working with Jesse at Fantasy Studios on the mixes, we really treated it as collage art. We took the recordings but started from scratch in this way where the well is fresh and we can do whatever we want. And this will have massive bearing on my follow up album.

You recently released “Roll in the River” from Let Me Cool. What inspired this track?

Roll in the River was written all in one go. I used to play in this Afro Cuban band called Nuevo Cani, and I was living in the bandleader’s house. He had this piano room in the basement, which was a great place to play at all hours. One night I went down there and it just came, at one go, the verse and chorus. I had read the FBI report about white supremacists joining police academies across the country over past 30 years, and it left me with this unshakable horror, and I sat to write words for it.

So, originally it was a song about police brutality. but the lyrics just didn’t work. It’s a delicate thing to set out to write a song about something, because songs just have to just come on their own, at least for me. It felt forced and just wasn’t very good. So I tried again. The song eventually evolved to tell this story of chaos, freedom love, death and a sort of madness by choice. We all have this experience of being stuck, or ensnared, or enslaved and this song is about when there is no way to win on the chess board, you have to break the chess board. Solve the equation from a place higher, by spinning everything to chaos, to anarchy, and then seeing how the cookie crumbles, when the dice fall back down.

What do you hope listeners take away from the EP?

I hope they think “damn that Leon guy and his Fantastic band are good. Let me buy this album right quick. And tell everyone I know about it.”  I hope other bands who are similar find me, and want to connect and build something together.

With the EP out soon, do you have any plans to hit the road or play any shows?

I have an album release concert at DNA Lounge in San Francisco on May 17th. Outside of that, I find it really hard to book shows and build this thing. So I want to partner with other acts, or find support to help bring this music out to the world.

Do you have any other big plans or goals for 2018?

As you can see I’m pretty thrilled with things right now, and I hope folks find me and I find them. I also want to mention – if you stream the album and you love it, consider buying a copy, or a tshirt or something from my website. Right now artists are hilariously providing public welfare for the music industry by providing our work up there for free, and we do that because its the only game in town right now. But privately, we’re struggling, saving for years to make a record. And I do hope ya like it.  I also want to thank you for asking me here to speak with Prelude Press. Its excellent to have a chance to yammer at ya about Let Me Cool the EP, and the good things to come…