INTERVIEW: Topic Reflects on “Breaking Me” and Looks Forward to More New Music in 2020 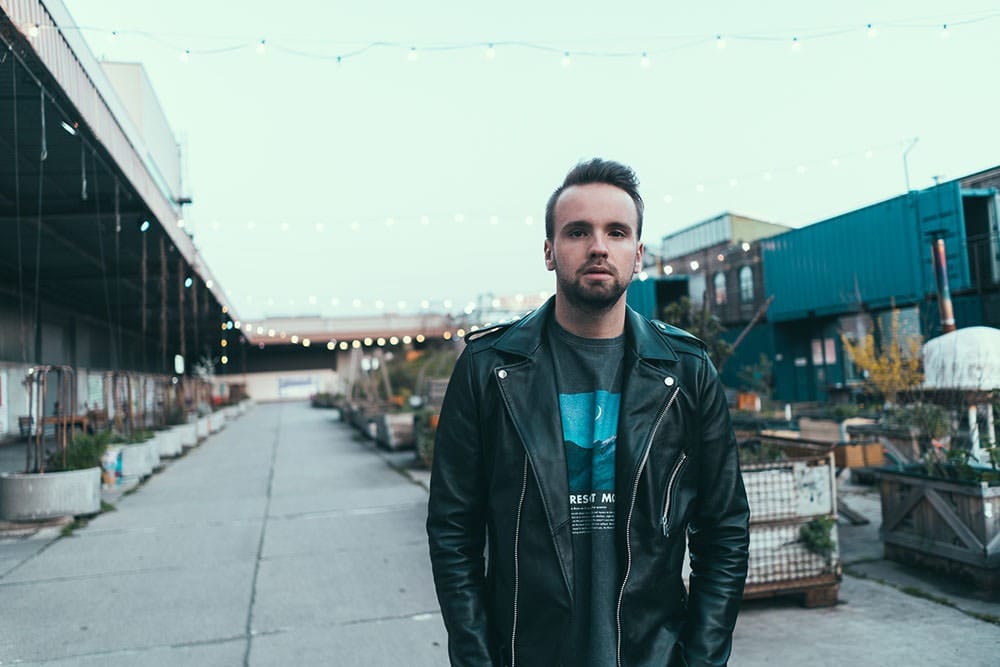 From the young age of 16, German producer Topic has been hard at work making a name for himself as a standout in the dance world. After quickly gaining traction on multiple platforms with his melancholic dance music, Topic launched his career with 2014’s “Light It Up,” which charted almost instantly. Flash forward to 2019, where he ended the year with his now massive hit, “Breaking Me” with enigmatic Swedish producer A7S, and it’s safe to say that Topic is easily one of the dance world’s next rising stars.

Despite the rocky start to 2020, with the COVID-19 pandemic shutting down the touring side of the music industry, Topic has still been hard at work creating and gearing up for the next step in his career. With his recently released single, “Like I Love You” and remix of Surf Mesa‘s “ily” serving as a pushing-off point, the remainder of 2020 promises to be great for Topic.

The Prelude Press: When you were first getting your start in the music world, what initially drew you towards dance music?

Topic: Before I even considered making music David Guetta released “Walking Away.” The track drew me towards dance music and let me explore all the other great artists of that genre.

I owe it to my former music teacher that I then became a producer at all. I only chose music class because I knew that the music teacher was ahead of time and planned a project where we could use music programs on computers. And as I was young of course I was drawn to media. That was it! I got stuck on that and also started producing at home.

One of the greatest things about dance music is its ability to adapt and blend multiple genres – is there anything or any artists in particular that have been inspiring the music that you’ve been working on lately?

Even before I started my music career producers inspired me the most. Such as Timbaland and Dr. Dre! But then also Avicii and Swedish House Mafia, just to name a few. Boris Brejcha’s latest album Space Driver is also great – go and check it out!

You see, my music taste is really diverse and I love to travel, so different cultures influence and enrich me and my sound. That’s why it took me years to know where I want to go genre wise. I now found my home in “melancholic dance music” – songs, which bring up various kinds of emotions but with a sound, which makes you want to dance.

You ended an incredibly busy 2019 with your single, “Breaking Me” and kicked off 2020 with “Like I Love You”. Looking back on these couple of tracks, what are some of your favorite things about these songs?

My favorite things about these two tracks is that they are made with my friends. Nico and I go way back and with A7S I also worked together for a couple of years now. And funny enough, both tracks were made in Miami. I tend to come up with good tracks in the US.

What inspired “Like I love You?” Can you tell us a little bit about the track?

Back in 2015 we made the track “Home”, which kicked off both of our careers as it went platinum in Germany and Australia.

Nico sent me a demo of “Like I Love You” in the beginning of this year. I was super hooked immediately and almost finished the shell of the production in the same night. The track is a cool crossover between mine and Nico’s style, I’d say! If you listen to it you can really hear both of our styles, that’s what makes it so special.


You’ve already been hard at work releasing new music this year, too! Is there anything that you really want to accomplish musically this year? Any new sounds or avenues you want to explore?

I really want to pick up on the live scene when it’s safe again! Producing music is great, but I’d like to get on stage again and present the tracks to the audience. Playing the big festivals globally is something I’d like to accomplish very soon.

2020 has obviously been a really challenging year in the music industry with the pandemic putting everything on hold. How did you need to shift gears or change plans this year to adapt?

There were a lot of live gigs planned for 2020. Festivals and events I really looked forward to. But there are currently many different ways found to still have concert-like-experiences in compliance with the guidelines. Such as drive-in concerts at which I have already played a few gigs at. But that aside, for me personally not so much has changed as I’m always in the studio day and night anyway.

What are you looking forward to the most once things slowly start to go back to normal?

In Germany we aren’t in total lockdown anymore and the restaurants are allowed to open again. Of course, you have to plan ahead and book a table because they have quite a few restrictions to follow, but I was really happy to eat out again!

One of the things I’m looking forward to the most is going out clubbing – finally!! I really miss going out after a long day of work in the studio.

Have you been working on any new music or new remixes while you’ve been at home these past few months? Can fans expect to hear anything new soon?

I’ve spent a lot of time in my studio the past few months, so there is a lot coming up. My “ily” Surf Mesa Remix has come out now and there are also some more remixes coming. And a follow up single sometime this year!

Thank you so much for your support! Hopefully we’ll be able to see each other next year. Until then, keep on listening to “Breaking Me” for some festival vibes!