INTERVIEW: The Academic Reflect on Their New EP, “Acting My Age” 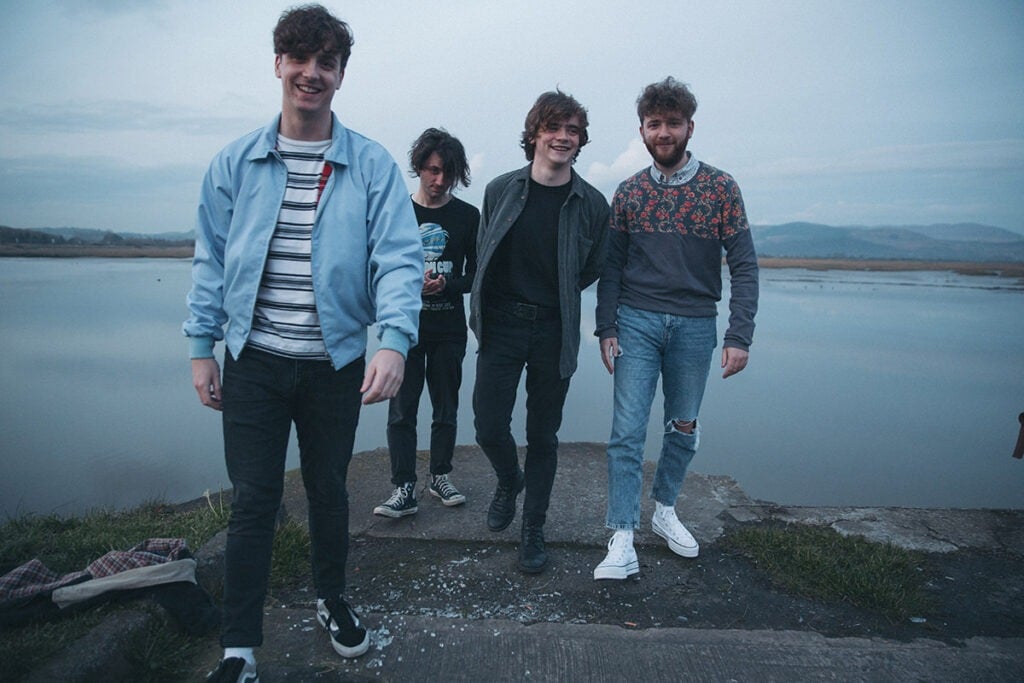 Irish indie rockers, The Academic are commencing their journey to take their music beyond the confines of their home country with their new EP, Acting My Age, out now. The six-song EP finds the band maturing as musicians and expanding into more diverse territory sonically. Not only does Acting My Age serve as their Capitol Records debut, but it also finds The Academic self-producing for the first time, giving them the opportunity to push themselves more than ever before.

With Acting My Age out now, we caught up with the band to talk about their growth with the writing and recording of the EP and their plans for the reset of 2020. Read the interview and listen to the EP now below.

Prelude Press: You guys just celebrated the release of your EP, Acting My Age! What are you most excited for fans to hear on the EP?

The Academic: The songs on this EP are more diverse. We think there is something on there for everybody. We were a lot more confident this time around to experiment with sounds and sonics and being a little less traditional in production so we are excited about people hearing different creative sides to us that hasn’t been heard before.

Acting My Age follows your debut full-length, Tales From The Backseat as well as a handful of singles from last year – how do you feel you’ve grown as artists with the writing and recording of the EP?

I think we’ve definitely matured as people and musicians since the first record and our musical influences have become more eclectic and expansive. It’s helped us realise we can go beyond the traditional guitar band set up. We also started self-producing on this EP which on a personal level was very fulfilling and gave us a great sense of freedom and confidence in our ability to push ourselves a bit more.

What was the most rewarding part of the writing and recording process?

Producing three of the tracks ourselves was rewarding.  I think finishing the title track ‘Acting My Age’ was the most rewarding. That song idea had been there but unfinished for a few years We had the music but I couldn’t get the lyrical approach for a long time. I remember seeing Acting Ay Age scribbled down in an old notepad and once I sang that over the chorus this time around I knew we were on to something, I think that song was the catalyst for a lot of the lyrics hence why it’s the name of the EP.

The last song on the EP ‘Them’ was probably the most challenging. It’s the type of song we’ve never really tried before, it will be interesting to see how fans react to this one. It’s really stripped back and vulnerable and I remember listening to it and feeling like it was missing something, but I was wrong. It’s a song that taught me that less is more and that sometimes the imperfect is perfect.

What would you like for listeners to take away from the EP?

We hope it inspires people to think positively and to mind and be kind to yourself. We wanted to focus on emotions and consequences of actions on this EP.

The COVID-19 pandemic has impacted the entire music industry this year with tour cancellations and album postponements – did you guys have to adapt at all to this current climate? Did it affect your plans this year or the rollout of the EP?

Absolutely, I mean being in a band at the best of times can be challenging so when everything started shutting down there was a real sense of the unknown. We always have an idea of what we will be doing over a few months so at the start I think we felt a little worried about releasing music during a pandemic. We also had a big tour lined up which had to be shelved, which was disappointing although it was absolutely the right thing to do. We have been able to adapt as time has gone on and if there was any kind of silver lining, it has made us think outside the box a little bit more and given us a lot more perspective on things.

The first taste that we got from Acting My Age was “Anything Can Happen,” which you filmed a video for during quarantine. What was that process like?

It was a bit of thinking on our fee to be honest. We had plans to make the video with a different concept in London but we made a decision that it wasn’t safe or responsible to go ahead with everything that was happening. Between ourselves and the director’s we came up with an idea to try and shine a positive snapshot of life in lockdown. People really enjoyed it and it is something we feel really proud of.

Did the song and video end up taking on a new meaning for you given the circumstances around its release?

I know it’s kind of hard to have any definitive plans at the moment, but do you guys have any other big goals before the end of the year? Anything you’re looking forward to?

We always have been a band with goals and we always set the bar high for ourselves but at the moment it’s hard to really know particularly with touring ,where everything is going to be in the next year. I guess our main goal for now is to keep writing and recording as many songs as we can and then at some point get down to making the second record and then hopefully get back on the road to do what we love the most and play shows.
Thank you for taking the time to chat with us! Is there anything else you’d like to add? Cans of Beamish are better than cans of Guinness!