Danny Goo Opens up About His Upcoming EP, “Feel For You”: “You Have to Face Your Emotions for Things to Get Better” 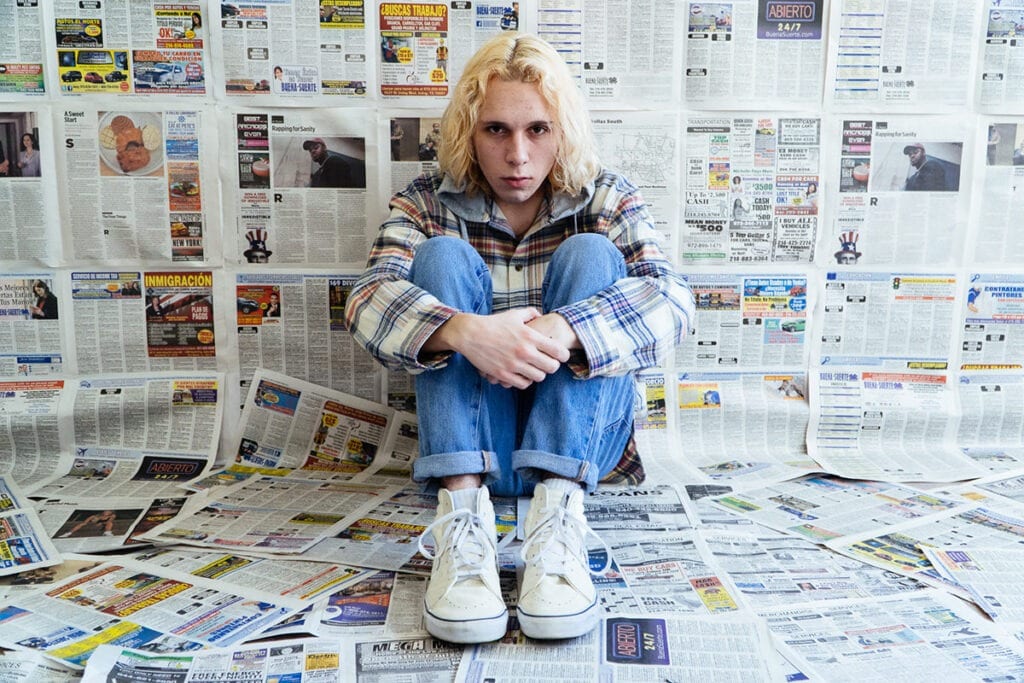 Over the past few months, rising Dallas indie artist Danny Goo has been busy releasing singles off of his forthcoming EP, Feel For You. Out tomorrow, December 17th, Feel For You is a vulnerable six-song confessional that details the rise and fall of a romantic relationship. Produced by longtime collaborator JoJo Centineo, and featuring Lil Lotus, the EP is a dreamy mishmash of classic pop-rock and neo-soul that proves that Danny Goo cannot be confined to one singular genre.

Following the release of his latest single, “Bad Company” earlier this month and ahead of the EP release and an exciting livestream event coming on December 30th, we caught up with Danny Goo to chat about the upcoming release and more. Pre-save Feel For You now HERE and purchase tickets to the livestream event HERE. Each ticket comes with a digital download of Feel For You.

Prelude Press: Although 2020 has been a very strange and challenging year in the music industry, you’ve been keeping very busy this year with the release of a handful of singles and are gearing up to release your new EP, Feel For You this month! What has been the highlight of your year so far?

Danny Goo: Getting to eat an açaí bowl in Hollywood, finishing my first studio EP, signing my record deal, moving into my new house in the hills with JoJo and his huskies who I adore

Going into 2020, did you have any major goals in mind? Did you have to shift gears at all when COVID began to drastically change things this year?

A big goal was definitely to tour but its ok cause we will be touring as soon as this is all over!

You recently released your new single, “Bad Company” – can you tell us a little bit about the track?

JoJo and I were traveling a lot and at the time and that day specifically we were in LA, we wrote this one at Lil Lotus’s studio with our good friend Xxajii, who co-produced the beat with JoJo.

“Bad Company” is taken from your upcoming EP, Feel For You. What are you most excited for listeners to hear on the EP?

Definitely the title track itself ‘Feel For You’! That song means the world to us, it’s among the first songs JoJo and I wrote together and overall is just a vibe to sink into.

Feel For You is a really personal and vulnerable release. Was the writing and recording process of Feel For You cathartic or therapeutic at all?

It was very therapeutic. I conquered a lot of emotions I was suppressing and it helped me move on. As we released the EP single by single I found myself re-living a lot of those emotions but I’ve learned you have to face your emotions for things to get better.

Sonically, was there anything that you wanted to accomplish with the EP?

Sonically I know one of JoJo’s goal was to have this full band sound. He backs me on a lot of songs with live drums, guitars and bass, and I think that’s what we were initially going for, but then we also wrote these alt pop and emo hiphop style that show through in songs like blue, repeat it, and bad company. I don’t think we knew those songs would necessarily make the EP but inevitably they did and it became the blend of alt/ emo/ pop that it is today.

What was the most rewarding or most exciting part of working on the EP?

Most rewarding is being able to show it to the world, having people who care about my music and what I do is the most rewarding part for sure.

What would you like for fans to take away from Feel For You?

It’s okay to not be ok. Things will get better but you have to work for it. Don’t be afraid to be vulnerable if you care. Loving yourself is the key to happiness.

With Feel For You out soon, do you have any other big plans for the rest of the year?

I have a live stream session that airs on the 30th, a new music video coming out and also some merch and an acoustic concert.

Be true to yourself – seek out positivity always cause the world is full of bad things and that negativity can poison your life. Never take things for granted. Be humble.