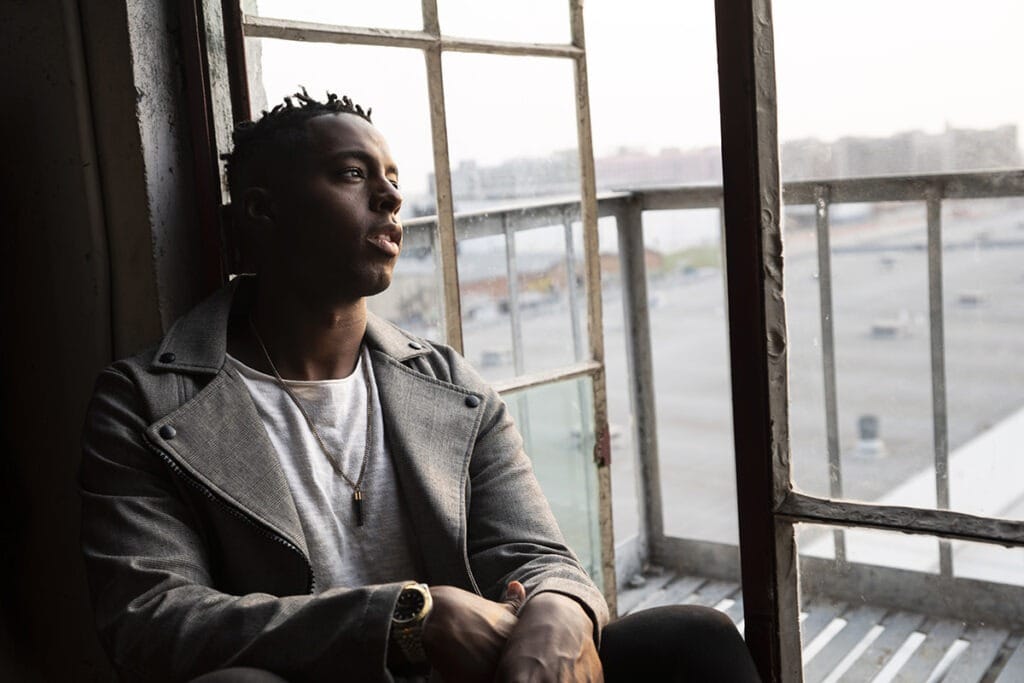 2020 may have been a challenging year for most musicians, but it was incredibly kind to self-described pop-soul artist, David Davis. In addition to the release of a handful of successful singles, Davis was also featured on NBC’s “Songland”, where his song “Everything It Took To Get To You” was chosen as the winner of the Ben Platt episode and he didn’t stop there, closing out the year with the release of his Christmas album, Hope For The Holidays.

This all comes as no surprise, however, once you realize just how driven Davis is. Chicago-born and surrounded by seven siblings, he captured attention by belting out Motown classics, performing in church, and always finding his way to a stage. His piano and performance skills were perfected while studying at the nationally renowned Belmont University music program, drawing inspiration from the likes of Stevie Wonder, Donny Hathaway, and India Arie. Both as a headliner and an opener for high-profile acts such as Jon Bellion and John Legend, David has performed on 700+ stages including the 64th Primetime Emmy Awards Governor’s Ball, Ronnie Scott’s Jazz Club in London, and a 73-show residency at Quincy Jones’ club, Q’s, in Dubai. Recording with legendary producers from RedOne (Lady Gaga, Nicki Minaj) to Ryan Tedder (One Republic, Beyonce), David’s voice, arrangements, and productions have been featured on chart-topping records, commercials for major brands and networks such as MTV, VH1 and NBC.

We recently caught up with David Davis to talk about his exciting year and plans for the future. Read the full interview below!

Prelude Press: You’ve been immersed in music since you were young – what first inspired you to get involved and begin singing and writing?

David Davis: I was first inspired by the classic records my folks would play in the house. My childhood summers were full of 90’s lunchables and Stevie Wonder records. At a young age, I was really fascinated and moved by his voice, and would go to the living room piano and play the vocal melodies by ear. Eventually, my parents put me in the lessons and then the church choir. Once I got on a stage, it was game over. I was completely sold on music and performing.

When did you know that it was something that you wanted to make a career out of?

I moved to Nashville after high school. Once I got to that city, I saw all the different avenues to make a living out of music. At that point, I didn’t really have a particular focus on which avenue to make a career out of it. I just knew I wanted to be involved in music no matter what and for the rest of my life.

This past year has been an incredibly strange and challenging year in the music industry, but you’ve been keeping busy with the release of a handful of new singles and even a Christmas album! Have you had to overcome any challenges or unforeseen obstacles this year?

I’ve never done a performance that didn’t have something out of my control go wrong. A mic cable falling out mid-performance, an audience member running on stage. It’s just the way it goes. Because of that, you learn how to pivot quickly and keep the show going. 2020 has been that on a grand-scale; unforeseen obstacles that have to be acknowledged and processed quickly so I can stay optimistic and keep things moving!

What was the highlight of your year?

The highlight of my year was the time I got to spend in quarantine reconnecting with old friends and family virtually. I saw a quote somewhere that loosely said “this year I thought I’d get everything I wanted. Instead, I became thankful for everything I have.” The time being separated from the rush of my normal life has made me lean on my existing relationships so much more. For that reconnection, I’m grateful.

Earlier this year, you also appeared on and were chosen as a winner on Songland! What was that experience like?

I had an amazing experience on Songland. The whole time you could tell that people were there for the art. Most everyone I encountered, from the other writers to the producers, was united in the same goal: to make the absolute best song possible for some of the best artists. The time I spent with Ryan Tedder really inspired me as I’ve looked up to his work for a long time. And getting to hear Ben Platt sing that final version of “Everything I Did to Get To you” was a “pinch myself” moment.

In addition to Songland, you’ve worked with some pretty high caliber producers over the years, including RedOne and Aaron Sprinkle – are there any important lessons that you’ve learned while working with them?

A cardinal lesson I’ve learned from these collaborators is not to over think or overanalyze to the point where it gets in the way of creative flow.

You recently released your Christmas EP, “Hope For The Holidays”, which marked your first holiday release. Did you have any goals in mind when you began working on it?

I created “Hope for the Holidays” with an optimistic spirit in mind. It has obviously been tough year for all of us, and the holidays represent connection and joyfulness. I wanted it to be the backdrop of whatever my listeners were celebrating. Something to play while decorating and hopefully not burning the dish they bragged about all year.

If someone is hearing you for the first time on “Hope For The Holidays,” or even “Ocean” or “Golden”, what would you like for them to take away from your music?

I want them to walk away with the feeling that one of the most important things in life you get are your relationships with the people you love. And you should nurture those and do what you can to overcome the difficult things life throws at ya!

What can fans expect next? Do you have any big plans or goals for the months ahead?

I do have some big plans and goals, but the best way to keep up with those is to find me on the interwebs and keep up with my journey through there!