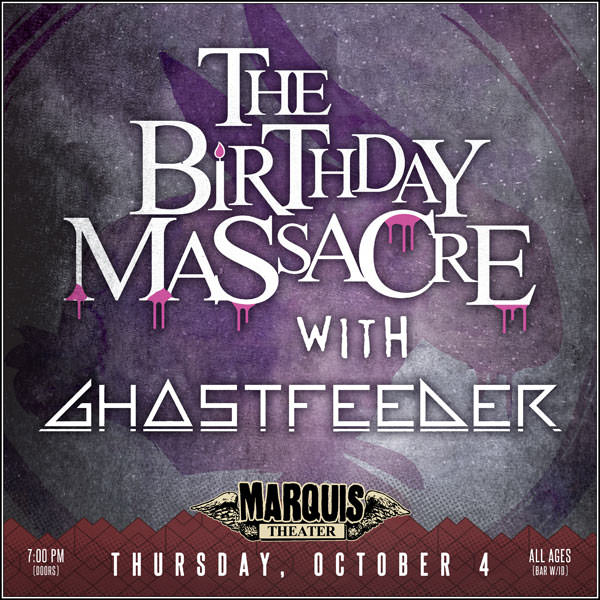 In between upcoming performances alongside Korn’s Jonathan Davis, The Birthday Massacre are kicking off a headlining run of tour dates on October 2nd, with a stop in Denver, CO at The Marquis Theater on Thursday, October 4th! The band is currently touring in support of their 2017 release, Under Your Spell.

Formed in Art School and hailing from Toronto, Canada, The Birthday Massacre have combined their individual interests in various musical and artistic styles resulting in a band that has defied categorization. They are a captivating hybrid of alternative rock, new wave, industrial, and synthpop; often layered with dark cinematic sounds and undertones. This unique sound and whimsical imagery has continually captivated audiences around the world.