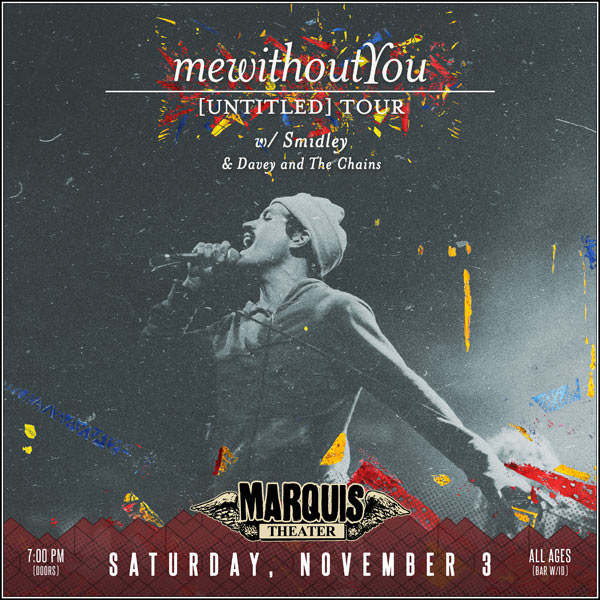 mewithoutYou are just about to embark on their headlining tour in support of their recently released album, [Untitled], with a show in Denver, Colorado at The Marquis Theater on Saturday, November 3rd! Smidley and Davey and The Chains will be coming along to support.

Since their formation in the year 2001, mewithoutYou have become a standard-bearer for their genre. Across six full-length albums and a handful of EPs, the Philadelphia post-hardcore band have always put a premium on progression, never anchoring themselves to a single sound and instead gleefully wandering across genre lines. It’s that same spirit that informed the band’s recently released seventh album [Untitled].