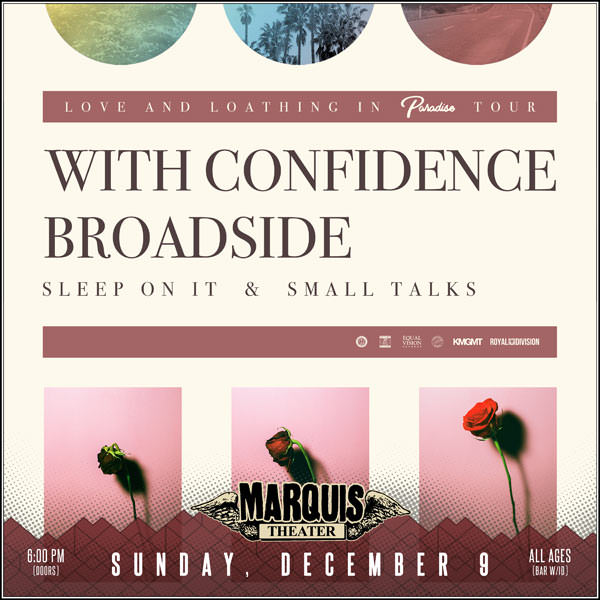 With Confidence will be stopping by The Marquis Theater on Sunday, December 9th as part of their tour with Broadside, Sleep On It, and Small Talks.

With Confidence’s US co-headlining tour with Broadside is in support of their new album Love and Loathing, out now via Hopeless Records. The band called on veteran producer Mike Green (All Time Low, Paramore) to create Love and Loathing. An album filled with both catchy melodies and emotive lyrics, Love and Loathing carries you through first loves, blistering breakups and everything in-between. According to bassist and vocalist Jayden Seeley, the final themes weren’t clear until they had finished most of the songs.

“There’s a looming relationship with loathing, mostly about the concept of self-loathing,” explains Seeley. “That period before getting into a relationship is very introspective-you’re trying to be a better person, but a lot of how that happens is because people are really hard on [themselves]. That ties back to love just as strongly, because in the relationship, you want to keep being better. In every way.”