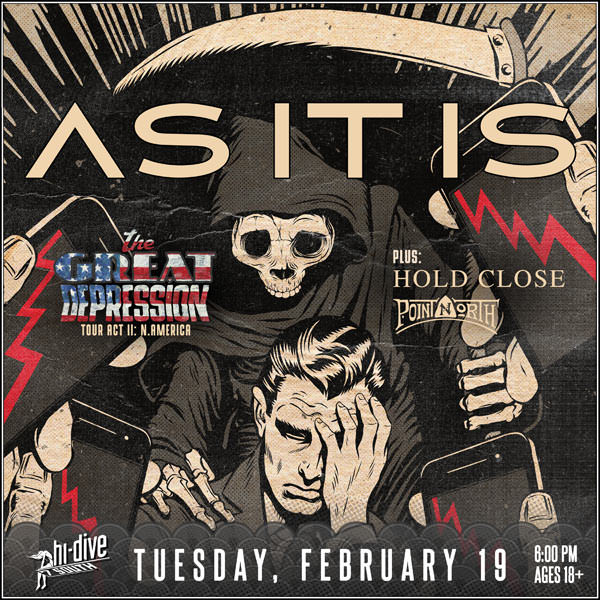 As It Is are currently on the final stretch of their The Great Depression Tour with support from Sharptooth, Hold Close and Point North. As the tour comes to an end, all four bands will be hitting Hi-Dive in Denver on Tuesday, February 19th!

This tour is the band’s first return back to the United States since their run on the 2018 Vans Warped Tour and finds the band playing tracks from their recently released and critically acclaimed album The Great Depression for the first time.

Produced by legendary producer MACHINE (Lamb Of God, Every Time I Die), The Great Depression is comfortably As It Is’ most layered, technically accomplished and certainly most aggressive release to date. All of which adds up to a record that establishes the band as one of the most daring creative forces in their scene.