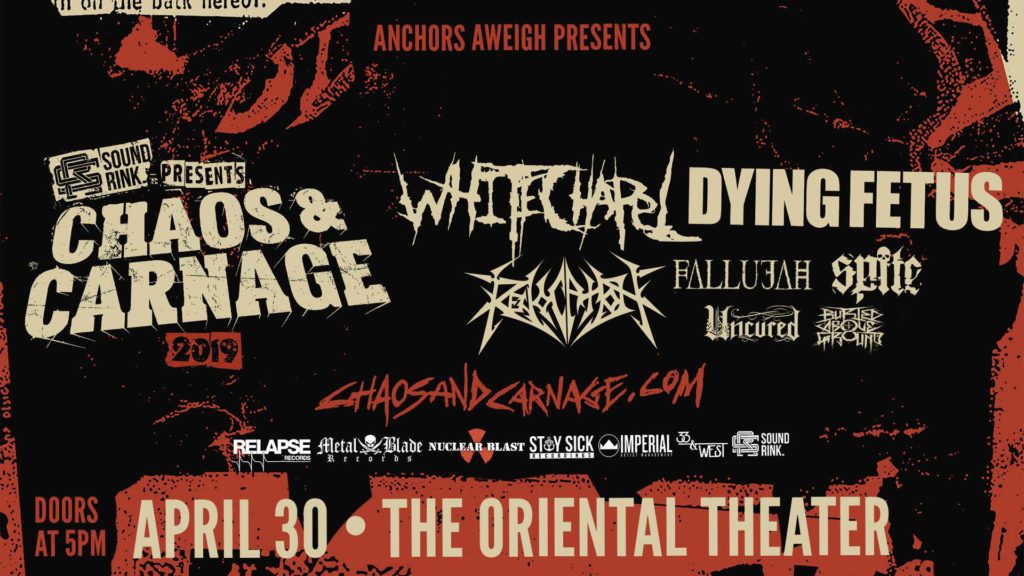 The massive Chaos & Carnage tour will be making its stop in Denver this month at The Oriental Theatre on April 30th. Featuring Whitechapel, Dying Fetus, Revocation, Fallujah, Spite, Uncured and Buried Above Ground, the stacked lineup promises a killer show from start to finish!

Whitechapel and Dying Fetus are co-headling 24-date tour, which kicked off on April 18. The two varieties of hard rock are bringing two different styles together for the Chaos & Carnage Tour. The tour runs for just one month but is guaranteed to provide plenty of punches to the gut with several special guests throughout.

Whitechapel just released their seventh studio album The Valley on March 29 via Metal Blade. Meanwhile, Dying Fetus will continue to promote its 2017 effort Wrong One to F**k With.