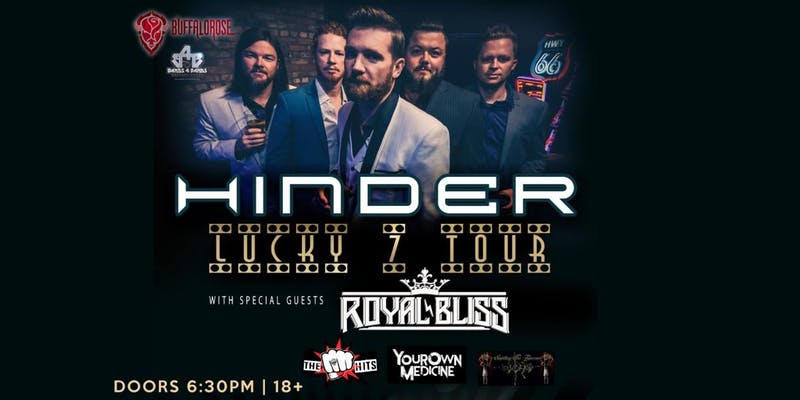 Multi-platinum rockers Hinder are in the midst of a three month long North American tour and will be playing in Golden, CO at The Buffalo Rose on Saturday, August 3rd.

“This tour is going to be an absolute blast! We can’t wait to reconnect with our old friends in Saving Abel and Royal Bliss as well as create some new relationships with American Sin and The Adarna. This is a tour you’re not going to want to miss!” said drummer Cody Hanson.

Hinder recently released a single entitled ‘Halo’, their first new music since the 2017 full length release The Reign. The band plans to release their seventh studio LP later this year that will be the first they do completely on their own terms. Hanson explains: “We’re excited about releasing the next album, but in a different way than usual. We’ve never had the opportunity before to completely control every aspect of the creative process until now. We’ve worked really hard to get to this point and we can’t wait to share the outcome with our fans!”