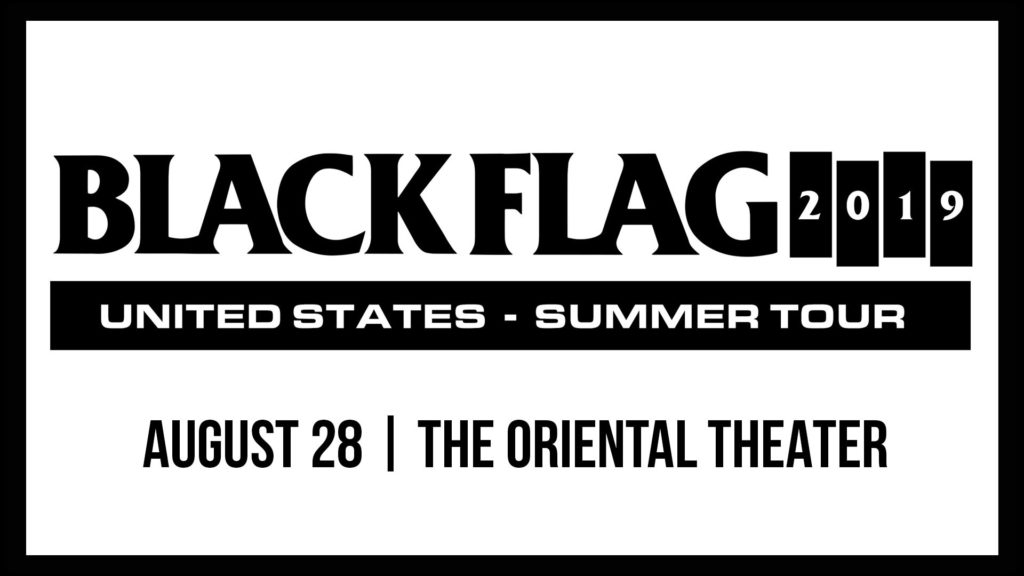 Earlier this year, a new iteration of Black Flag announced they would return to the road for the first time in over half a decade. The band will be hitting the stage at The Oriental Theater in Denver, CO on Wednesday, August 28th.

Black Flag’s current lineup – Greg Ginn, Mike Vallely, Tyler Smith, and Brandon Pertzborn – have been on the road on their world tour since June, with dates continuing until this fall. After splitting in 1986, Black Flag members first reconvened in 2003 with Ginn alongside early vocalist Dez Cadena, drummer Robo and bassist C’el Revuelta. The reunion was short-lived, but another temporary revival in 2013 sparked the current line-up.