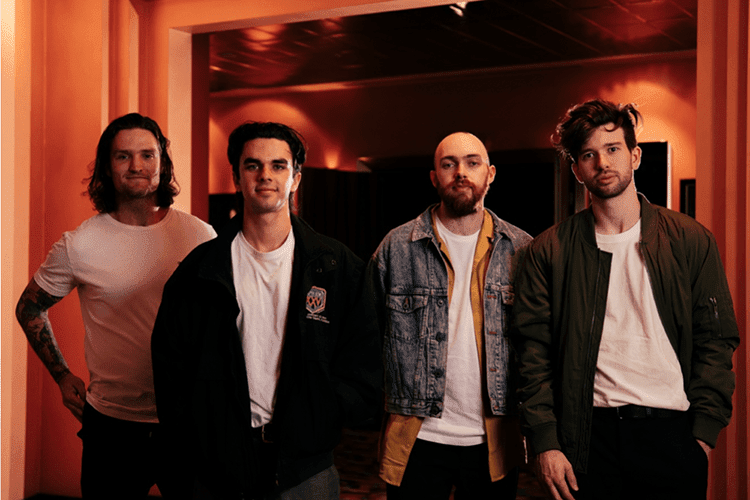 MOBS, the nostalgic pop band from Melbourne, Australia has released their new single, “I’ll Be Back” today through Rude Records. The track instantly captivates, bursting into life with its swinging style and punchy drums.

Drawing inspiration from both the musical and cinematic era of the 1980’s, MOBS have spent a lot of time crafting their niche sound. Mixing old: Phil Collins, Peter Gabriel, Billy Ocean, Tears for Fears; with new: COIN, LANY, LAUV, The 1975, M83. Writing songs from the perspective of main characters in specific classic 80’s films is just one of the ways the band intend to stand out, bringing another dimension to their story. “We have always been a huge fan of the 80’s era musically and cinematically” says drummer Matt Purcell, “To gel these two concepts together we believe it represents our vision within the band”.

“I’ll Be Back” is influenced by The Terminator. Lead vocalist Jordan Clarey explains, “This is my favorite for incorporating a movie’s story into a song, while still remaining subtle enough that if you realize it’s about a movie you’ll get it, but if you don’t know it’s about a movie it’ll still feel like a love song. The song is based on the character Kyle Reese coming back in time to protect Sarah Connor from the Terminator. It’s about loving someone despite the space, time or distance between them”.

The band has released the previous singles “Big World“, which was inspired from the film ‘Honey, I Shrunk The Kids’ and “Find Another You” from the film ‘She’s All That’.

“The nostalgic pop sound that we have created is something that we have been working on for a long time and it’s amazing that we have the opportunity to take these songs overseas and showcase them to people on the other side of the world” mentions bass player Scott MacDougall.

MOBS recently announced and upcoming North American tour supporting Set It Off. A full list of tour dates can be found below. Ticket are on sale now at www.mobsmusic.com

February 18 – Vancouver, BC – The Biltmore Ballroom