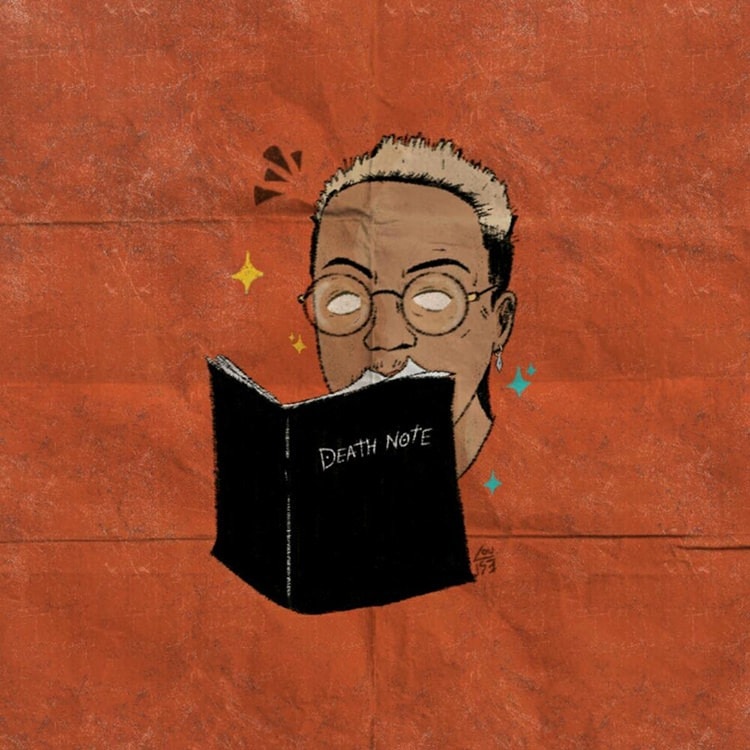 Grammy-nominated producer boyband has released “Death Note“ ft. Billy Martin (of Good Charlotte) via Dirty Hit Records. The origin story of the genre-bending single, which boyband crafted to mirror the feeling he gets when he hears the opening of an anime episode, stems from a social media exchange he shared with Martin.

boyband recalls Martin approaching him, “I recorded Death Note when I was on a three-day binge of just doing records. It started with Billy Martin messaging me on Twitter … and I was just like ‘do you know who you are? you’re a legend, let’s make history’ aha.”

Best known for his contributions to “Kick It” from the Grammy-Nomination Lil Nas X‘ 7, his work with Young Thug and Gunna and his association with hot production collective, Internet Money, boyband has established his reputation as one of Los Angeles’ most sought after producers. Melding dopamine-inducing drops with adrenaline charged riffs and armed with a deft, meticulous ear, boyband is smudging the lines of genre to create a flawless fusion of timeless sounds.

“I’ve learned how to do every style, so I’m always just curating different vibes,” boyband says of his borderless approach to music. “You have to be versatile when producing for others, it’ll take you far.”