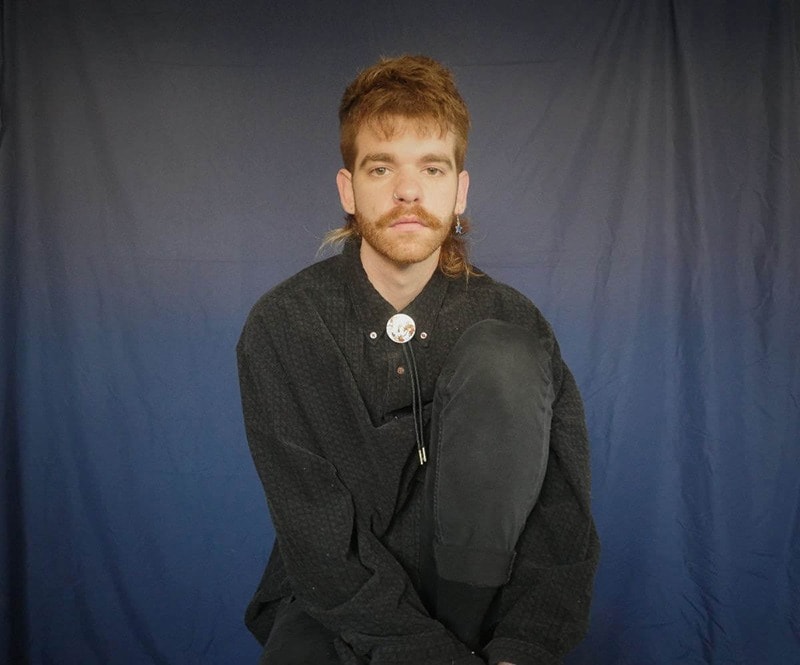 Last year Kevin Patrick Sullivan, the Los Angeles-based singer/songwriter known as Field Medic, released his most recent full-length and Run For Cover Records debut, fade into the dawn. Now the ever-prolific musician is in the midst of an ongoing run of new music that further invites listeners into the world of Field Medic. Throughout 2020 Sullivan is releasing a new song each month, accompanied by an episode of The Field Medic Show, a DIY video series that acts as a window into his music, poetry, and art. Loosely tied together under the Floral Prince banner, the songs and visuals capture the unbridled creativity at the heart of Field Medic.

Today, Sullivan has shared the project’s fourth new song “better way” along with the latest entry of The Field Medic Show.

“better way” showcases Field Medic’s more subdued side as well as Sullivan’s ability to build a simple set of gently fingerpicked chords into a deeply impactful arrangement with layers of vocal harmonies, shimmering atmospherics, and piano. T track was recorded in Sullivan’s house by his roommate, Derek Ted, illustrating the homespun charm and spontaneity that makes much of Field Medic’s work so endearing.

The songs that make up Floral Prince intentionally harken back to the impromptu nature of Field Medic’s earlier work. Utilizing drum machines, home recording techniques, and very few takes, the off-the-cuff approach compliments Sullivan’s achingly honest lyrics and warm vocals. The Field Medic Show functions as an extension of this artistic worldview. Each episode is made with the same unconstrained creativity and includes live versions of Floral Prince singles, slice of life vignettes, poetry readings, and more. The resulting body of work forms a musical and visual patchwork quilt–each individual piece has its own beautiful details and nuances that can be admired on their own, or stitched together and appreciated in a whole new way.