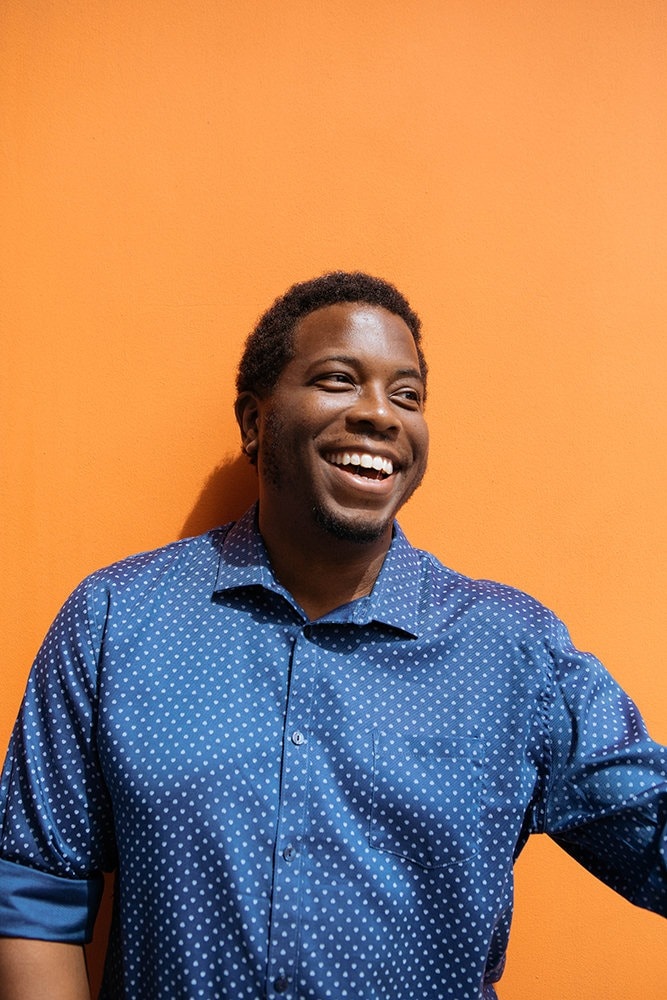 Off the heels of his retro R&B soul spectacular, Book Of Soul (QDV Records), Nashville musician Quinn DeVeaux is offering a look into the passionate and electric synergies of his live band with the studio performance video for “All I Need.”

Quinn explains to BlackBook who premiered the video today, “When my band and I got back to Nashville from a month-long tour of Russia from the Far East to St. Petersburg last year, we were feeling good and decided to record some of the songs from tour. ‘All I Need’ turned out fun and it’s no surprise ‘cause that song was always a favorite when we played it live. I’ve always loved vocal breakdowns and I don’t think they are done enough, so I threw that in and doing that live with the gals is always freeing.”

The video features Quinn’s stylish eight-piece band playing the gospel-infused track at The Sanctuary in Nashville. “I had gone out to get a new suit for the video cause ya know, that’s what you do.” explains Quinn about his preparation for the video shoot. “But when I got to the suit spot, the sale I was counting on had ended the day before and the one I wanted was out of my price range. Luckily, I had brought back-up gear and that worked just fine. But the next video I’m-a have that suit.”

“All I Need” opens with the beat of the snare drum, building the rhythm section up piece by piece until Quinn’s vocals and guitar stylings kick off the verse, quickly complemented by the fiery harmonies of the two backup singers. The result is a big-sounding rhythm and blues 18-wheeler coming down the highway. It is easy to see how Quinn’s raucous, rollicking live shows pack venues and dance floors with irresistible beats and his soulful voice.

Quinn dives deeper into the motivation that kicked off his writing of the track. “I was stuck on a certain someone and wanted to make a joyous expression of my love for them, picturing their face in my mind thinking ‘All I Need’ is this. I was professing my love for that someone and saying I hope we are together forever. I just got out of the way as the song evolved. I didn’t mess with it and it’s the only song on Book of Soul that I wrote in one day and had the demo done that day as well.”

Quinn spent his early years in Gary, Indiana (birthplace of The Jackson 5) living with his grandmother, a former jazz singer. Though Quinn’s early years were rooted in church choir, blues, old-school country and soul were in his blood. In his early 20s, Quinn headed west to Oakland with just a guitar and his golden voice, settling in the Mission District, where he became a founding member of the local group Blue Roots.

He then went on to form Quinn DeVeaux & The Blue Beat Review and released a string of well-regarded albums that garnered accolades from the Bay Area music press. Book of Soul was recorded over two days in Oakland and three days in Nashville, where Quinn currently resides. All the tracks are a modern culmination of soul, country, blues and R&B. “All I Need” is no exception, making Quinn’s composition of all those influences his own. As American Songwriter raved, “Partly a love letter to soul and its pioneers, Book of Soul isn’t a mere homage to the greats. It’s their infusion into his musical soul, personal retrospect, and ultimately a regeneration of soul’s spirits past.”