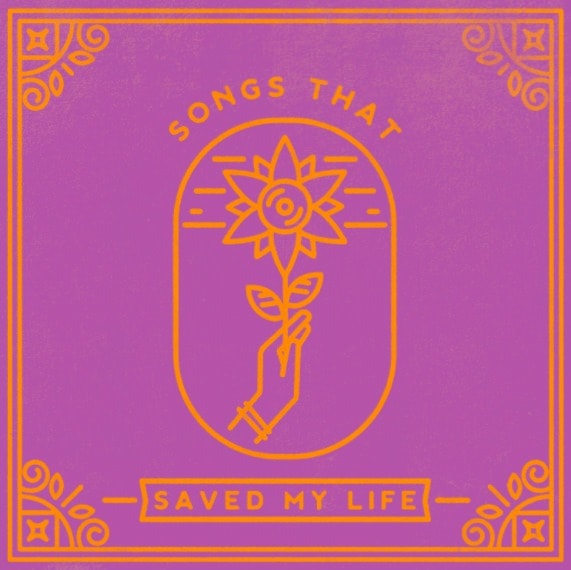 In conjunction with Mental Health Awareness Month, AJJ has teamed up with Songs That Saved My Life to release a cover of “Candy Jail“, originally made famous by Silver Jews. Fans can stream the song now on their preferred streaming platforms by visiting www.smarturl.it/CandyJail.

“With our rendition of Silver Jews’ ‘Candy Jail,’ we hope to honor David Berman’s memory so that his music and poetry can enlighten and save the generations to come,” said AJJ’s Sean Bonnette. Fans can learn more about why they chose this song for Songs That Saved My Life as well as the impact the song has had on them by checking out the video below.

Songs That Saved My Life is a project centered around music that played a pivotal role in the lives of artists and fans that benefits mental health and suicide prevention charities. Everyone has music that helped them through a tough time. It looks to engage current artists with cover versions of those songs and share those stories with the world. Learn more at www.songsthatsavedmylife.com

Hopeless Records recently announced that applications are now open for the 2020 Sub City Songs That Saved My Life Grant, aiming to reward one applicant $10,000. The grant was announced with help from 320 Fest/320 Changes Direction Founder Talinda Bennington as part of 320 Festival’s online stream earlier this month. Watch the video announcement here: smarturl.it/2020STSMLGrant

The 2020 Sub City Songs That Saved My Life Grant, presented by Hopeless Records, is a $10,000 grant awarded to a fan or band to help fund campaigns that benefit mental health awareness and/or suicide prevention. Bands and fans will need to partner with their favorite 501c3 non-profit organization to create a campaign and submit an application for review. Applications are due by June 12, 2020.

Last year, the $10,000 Sub City Songs That Saved My Life grant was awarded to Hannah and Charlie Lucas, founders of notOK, an app that is an emergency alert system designed to lower the rate of suicide. Mental illness inhibits a person’s ability to ask for help. When used, notOK notifies your chosen trusted contacts in a time of crisis by sending a text blast as well as your current location to ensure that the people you care about are able to reach you with the press of one button.

The year prior, Ali Borowsky, founder of Find Your Anchor had received the grant. The 501(c)3 not-for-profit organization, is a grassroots movement aimed at suicide prevention, awareness and education.

Sub City, the 501(c)(3) non-profit arm of Hopeless, donates funds and raises awareness for various non-profit organizations by connecting artists, fans and causes they are passionate about. Sub City has raised over 2.5 million dollars for more than 50 non-profit organizations including Living the Dream, It Gets Better Project, A Place Called Home, DoSomething.org, and New Directions for Youth.

For more information & to submit an application please visit songsthatsavedmylife.com/grant