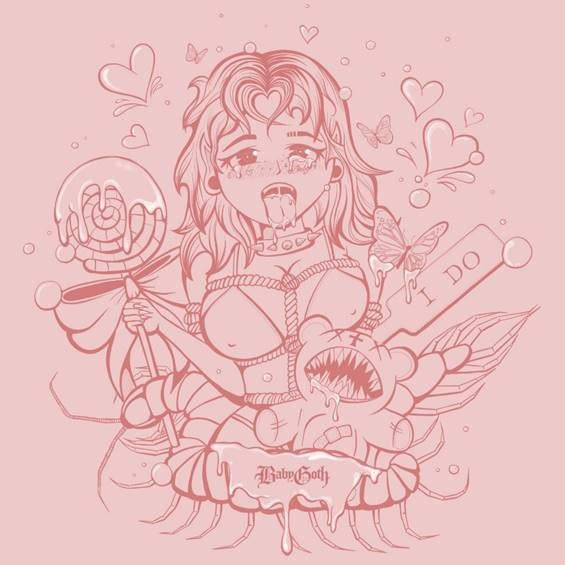 Baby Goth has released her new track “I Do” today via Republic Records.

With her new track, Baby Goth conjures all kinds of feels. Over a skittering beat, her hypnotic vocals take hold and don’t let go, slipping from intimate verses into a seductively chantable hook. She takes the reins with commanding charisma and unapologetic crooning.

Through a cloud of smoke, under a gallon of ink and behind a quietly rising counterculture, Baby Goth sprinkles a dash of darkness and a dash of danger across hip-hop, alternative and pop. Her 2019 self-titled debut EP, Baby Goth generated 30 million-plus streams as the lead single “Swimming” feat. Trippie Redd & Lil Xan amassed 4.7 million Spotify streams and 8.5 million YouTube views. Meanwhile, “Sugar” feat. Wiz Khalifa eclipsed 1.1 million Spotify streams and 4.7 million views. In In early 2020, she teased the oncoming storm with “Afterparty,” which quickly surpassed 1 million Spotify streams and 1 million views on its iridescent video. She has received press praise from HYPEBEAST, Complex and more as LA Weekly recently claimed she “brings a breath of fresh air to the pop/R&B/hip-hop landscape.”