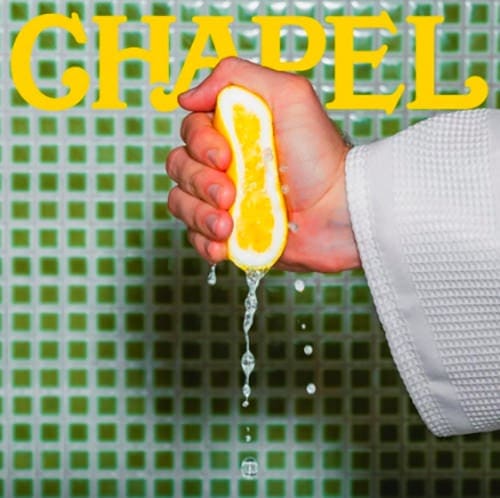 The band also dropped an incredibly creative and endearing video for the track today, which was filmed entirely during quarantine. As Carter explains, “‘Mushy Gushy’ is a song that celebrates the honeymoon phase of a new relationship. A time where logic is out the window and emotions take control.” In the video, Chapel find themselves in that honeymoon phase of a budding friendship with an animated character created by animator and director Peter Ferris Rosati. Kortney & Carter bond with their new friend by drinking wine, working out, eating dinner and more over video chat until they’re able to meet.

“Mushy Gushy” is the follow up to 2019 single “Friends” which saw love from SiriusXM’s Alt Nation and Billboard, who premiered the music video for the track in October. “Mushy Gushy” and “Friends” are the band’s first new singles since debut EP Sunday Brunch, which has streamed over 5.5 Million times, was released in 2017.