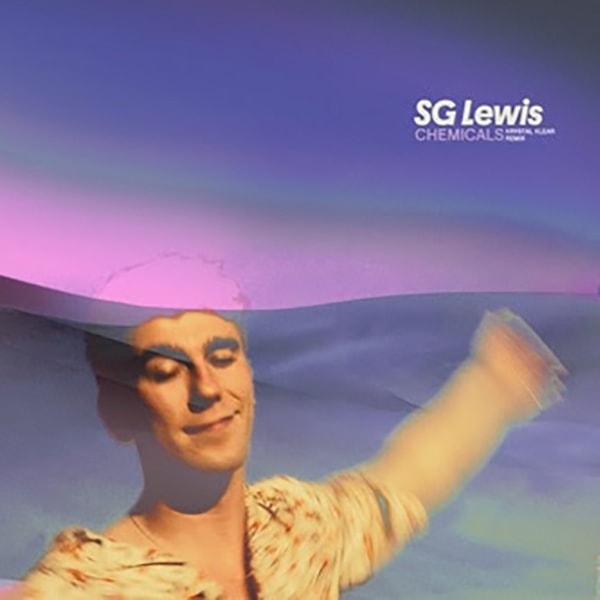 Today sees songwriter, producer and multi-instrumentalist SG Lewis release the Krystal Klear remix of his brand new single “Chemicals” via PMR/VirginEMI. The remix flips the funk-driven track into a progressive, kaleidoscopic trance track ready for the dance floor. Another remixed version of Chemicals featuring vocals from Master Peace was released last week, and the original edit of the track was named ‘Tune Of The Week’ by both Clara Amfo and Nick Grimshaw as well as receiving support by Annie Mac on Radio 1, and has already accumulated over 4.5 million streams since release. ‘Chemicals’ is the first track to be released from SG’s eagerly anticipated debut album, with more details to be announced soon.

“Krystal Klear has produced some of my favourite club records of the last few years, and there’s rarely a DJ set where I don’t reach for one of his tracks” says SG; “His ear for euphoria is unrivalled, and I can’t wait to play this remix as the sun is rising somewhere when this is all over.”

‘Chemicals’ follows the three-chapter concept EP Dusk, Dark, Dawn, with collaborators including Clairo, T.E.E.D., AlunaGeorge and Ruel. The project serves as a tribute to club and youth culture and chronicles the trajectory of a night out through its different moods and genres, having now broken past 200 million streams. While Dusk (early 2018) blends disco, smooth electro and funk and Dark (late 2018) explores distinctly heavier yet still diverse sounds, Dawn (2019) is a sonic embodiment of those euphoric sunrise moments and the feeling of togetherness at the end of a night well spent.

2019 also saw SG Lewis sell out headline shows across the US, Asia, Australia and Europe as well as playing prime slots at Coachella and Glastonbury, cementing his status as not just one of London’s hottest new talents but also a formidable artist capable of making a splash on both sides of the Atlantic and beyond.

SG has previously collaborated with Col3trane, Raye, Ray BLK, The Neptunes/N.E.R.D’s Chad Hugo, Gerd Janson, Conducta and more as well as producing ‘Hallucinate’ on Dua Lipa’s record-smashing album Future Nostalgia and Dave’s ‘100M’s’, proving his worth as one of the most respected and prolific musicians from the UK. SG’s ever-growing catalog both as a collaborator and with his solo tracks showcases his abilities as a producer capable of working beyond the limits of genre and style.