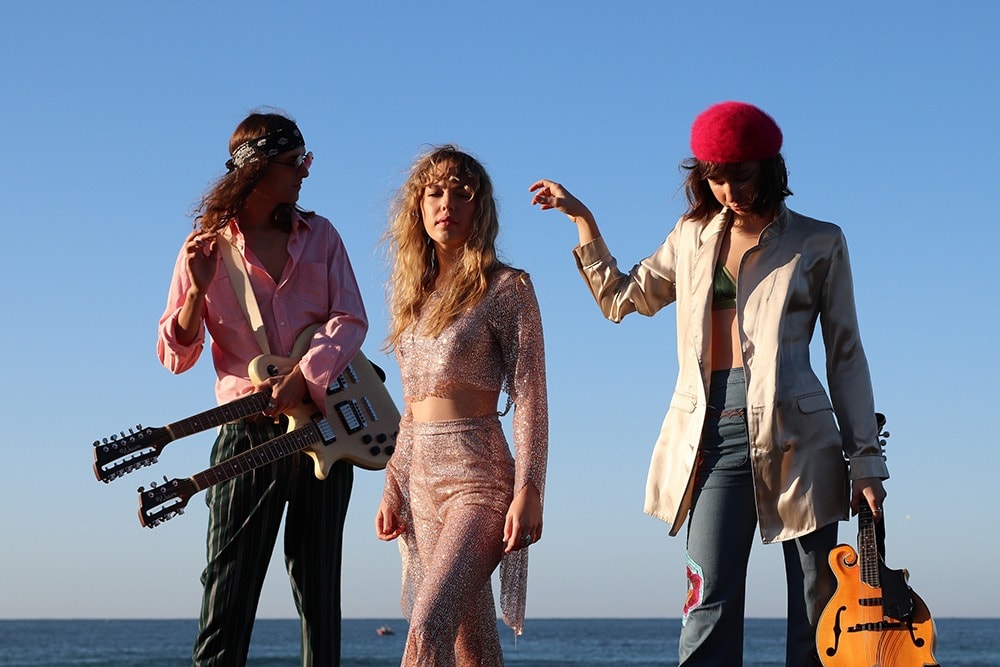 The new soul-stirring track comes nestled in an equally emotive video that showcases a haunting and impassioned side of the band’s pop Americana trademark which they call “hippie country.”

“Breathe” was recorded and co-written by Sarah Buckley and two-time GRAMMY®-winning producer and engineer Chad Carlson, whose credits include Taylor Swift, Jewel and the Hunger Games soundtrack.

“‘Breathe’ is our musical prayer to the world,” explains The Buckleys singer Sarah Buckley. “I wrote this last year at the time when our country was experiencing horrific bushfires. It’s a message of strength, vulnerability, hurt, hope and moving forward. I find myself remembering these lyrics in moments where I just need to stop, close my eyes, listen to the sounds of world around me and just breathe.”

The release of “Breathe” follows their groundbreaking world virtual tour where the band became one of the first to capture a global audience and achieved a ‘virtual reach’ of more than 4 million. Presented by Live Nation, the world virtual tour was developed in conjunction with Live Nation and the band’s record label, Petrol Records and US label, UMe. Performing individually curated shows for specific regions of the U.S. (and later, the world) which were streamed through Live Nation and House of Blues’ local affiliates as well as the newly launched Live From Home platform, the rising hippie country siblings were able to recreate the personalized “live” experience during a time of social distancing.

All of The Buckleys’ virtual performances with Live Nation are available on the band’s YouTube channel HERE.