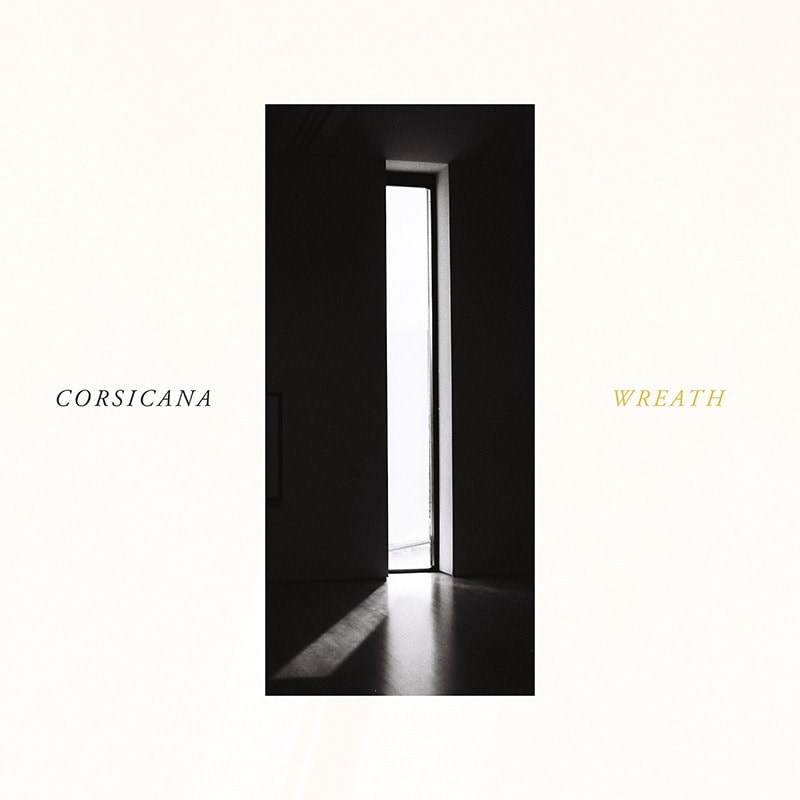 Denver indie rock band Corsicana have released, “Wreath“, their first piece of new music since 2019’s sophomore LP Perennial. The new single, which can be heard now below, was recorded, produced, and mixed by 22 year-old frontman Ben Pisano in his home, and sees the band refine their previously longer-winded, post-rock influenced songwriting into something more angular and concise. “Wreath” is the first Corsicana track to have been written collaboratively, with member Sumner Erhard contributing drums and bass. The track was mastered by Huntley Miller (Bon Iver, Hippo Campus), and features a cover image by Boulder photographer Madi Heath, with design work being handled by Pisano and band member/graphic designer Jordan Leone.

Alongside the release of “Wreath”, Corsicana also announced that all proceeds from the month of June will be going to the Black Visions Collective.

Though 2019’s Perennial featured emotional arcs largely dealing with the abstract & the universal, “Wreath” sees Pisano return to a more direct, autobiographical style of lyricism. “When I was writing it, I actively worked to tear down any remaining walls between me and the listener. I posed questions and gave voice to thoughts that I hadn’t ever spoken out loud before. Ultimately, ‘Wreath’ is an exploration of trauma, identity, and the relationship between the two.”

Pisano’s ethos carries over to the production, which still features his signature reverb-soaked fingerstyle guitar work and silky, dynamic vocals. While the track is still largely anchored to traditional rock instrumentation, there are flourishes of electronic production present in the subtle use of vocal harmonizers, synth drones, and warped samples that bookend the song. “I tried to make myself uncomfortable by using production techniques that I was unfamiliar with, all in the name of evoking the exact opposite. I ended up importing several old voice memos on top of some heavily processed bass chords for the outro, and it just ended up being this seamless interpolation of these various past versions of myself. It was the moment I felt the production work off the overall themes in the song, and I love feeling those worlds connect.”