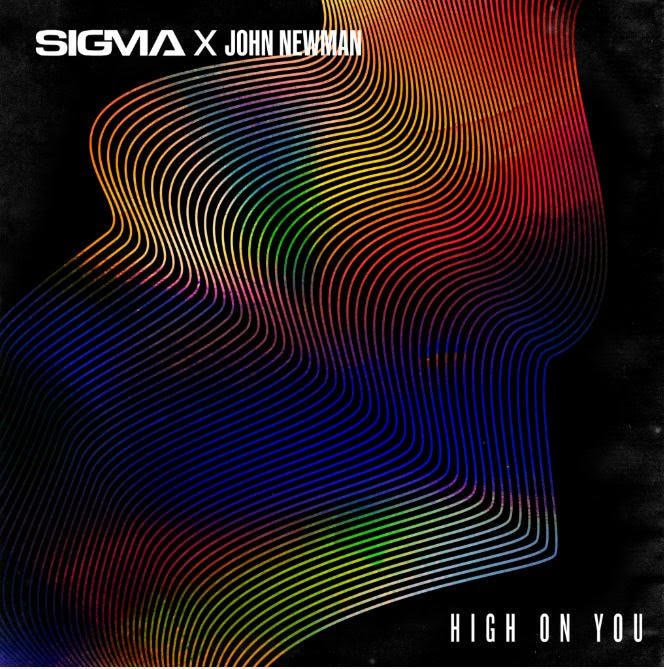 Today, BRIT Award nominated drum and bass duo Sigma have shared their new track “High On You (featuring John Newman)”, out now via 3Beat / Astralwerks. Listen to it below.

“High On You” follows their dance-hall infused single “Rest Of My Life (featuring Shakka)”, and is a summer anthem-in-the-waiting, complete with a classic house piano intro before launching into a euphoric, hands-in-the-air feel-good melody.

Speaking about the single, Sigma say: “’High On You’ lyrically is about relationships, love, meeting someone that gives you that high feeling. Just being around that particular person lifts your mood no matter what the circumstances. It’s a feel-good tune, with a positive message behind it and a positive interpretation on love and relationship a.k.a it’s not a heartbreak ballad!”

They continue: “We’ve wanted to work with John for ages and we’re huge fans of his vocals and previous work, so was great to finally get the opportunity. We jumped in the studio, wrote a few songs and this came out as being an overall favorite.”

John Newman adds: “I’m so hyped about this summer anthem! ‘High On You’ is a song that praises the simplicities of my relationship with my wife. It’s another song from the deep dark depths of my heart. Always wanted to work with the Sigma guys as their productions excite the f**k out of me! (It) felt like the next step for me.”

Sigma are one of the only UK Dance acts to make it big in the world of pop – selling over 100,000 copies of their debut LP Life and amassing 1.2 billion in streams and views combined – they gained these achievements without losing relevance in the Drum and bass scene where the London-based duo spent a decade, pre-fame. Their performances vary from gritty DJ sets to live band tours, which have included sold-out headline shows at the O2 Academy Brixton. This flexibility extends to their singles’ collaborations, which range from Rita Ora and Tinie Tempah to Birdy and Quavo, with 11 consecutively playlisted by BBC Radio 1 and 2, and two No 1s with “Nobody To Love” and “Changing Ft. Paloma Faith.”
Share. Facebook Twitter Email Reddit