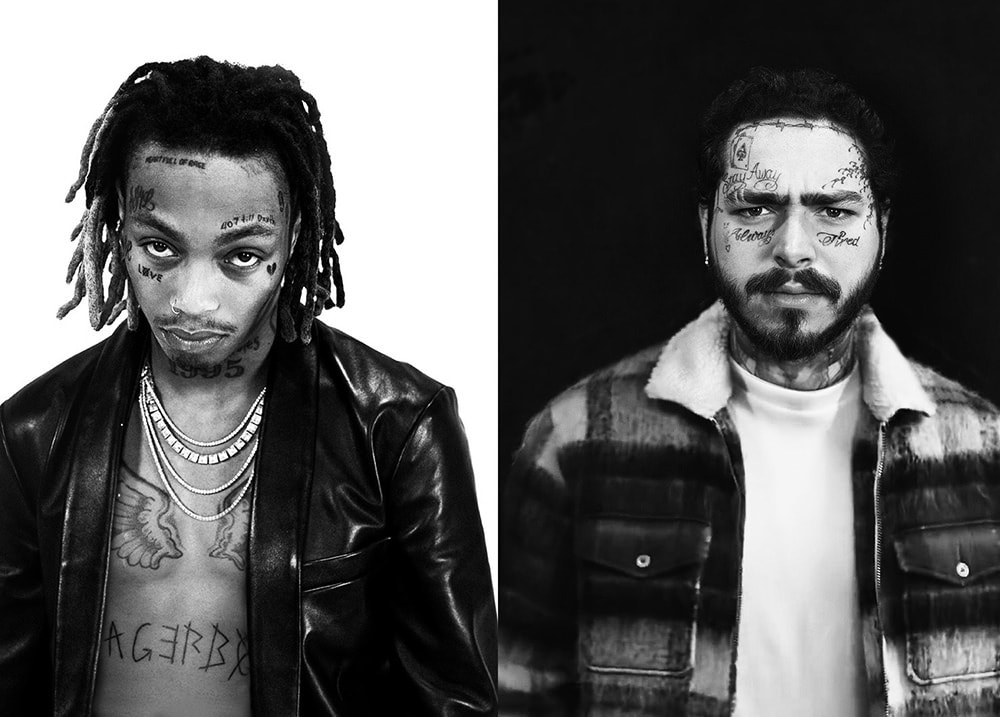 Reaching for next level rock superstardom on his own terms, rising genre-defying force and one of 2020’s most exciting breaking artists, Tyla Yaweh has returned with a brand new single entitled “Tommy Lee” featuring Post Malone today.

Along with the track, Tyla also premiered the official music video earlier today. Watch it below.

Right out of the gate, propulsive production revs up behind Tyla on the track. He croons an unshakable and undeniable chant, “Living life like a Rockstar, pulling up stretch limousine.” Between these hypnotic hooks, Post drops his own quotable lines such as “Pulling up in a drum like I’m Tommy Lee.” The video finds Tyla cruising through fields on an ATV, flanked by Post. The two then transfer to a stretch limo, as they trade bars on the fluidly melodic track while cruising the modern frontier. Shot on location in Utah, it showcases the new definition of a rockstar lifestyle, one that Tyla Yaweh not only embodies but has carried through his career up to the arrival of his upcoming album RAGER BØY, a project as diverse as the man who created it, coming soon.

In anticipation of the release of new music, Tyla has partnered up with Beats By Dre for RAGER BØY TV. Through a series of episodes, Tyla will give an inside look at his world as he gets ready to launch his new album. Watch the first episode HERE, where he gives a tour of his place, Cribs­-style, and offers a sneak peek at what he’s cooking up for this year. Additionally, Tyla has partnered with Monster Energy for an explosive virtual concert as part of the brand’s “Monster Energy Outbreak Presents Live On Location” series. Launching later this month, it will showcase the first official live performance of “Tommy Lee,” plus some of his biggest songs to-date.

Tyla released his debut project Heart Full Of Rage last year, which included the break-out single “High Right Now.” A subsequent remix of the track featuring Wiz Khalifa and further singles “I Think I Luv Her” ft. YG and “Understand Me” catapulted the budding star to nearly 250 million global streams. He spent all of 2019 and early 2020 on the road on a sold-out global arena tour with Post Malone and Swae Lee, among others, and made rousing appearances as festivals such as Lollapalooza, Bonnaroo, Gov Ball, Firefly, Life Is Beautiful, Rolling Loud, Reading and Leeds and more. He also further collaborated with names like French Montana, Ski Mask The Slump God, Juice WRLD, PnB Rock and more.

Throughout his rise, the Orlando, FL-native has attracted critical acclaim that is as diverse as his sound. Wall Street Journal Magazine christened him one of this year’s “Biggest Rising Talents in Hollywood” while NME included him in their The NME 100: Essential New Artists for 2020 list. Billboard has described his live show as “sublime,” while Paper Magazine described his visuals as “dark, decadent.” XXL exclaimed “Yaweh is all set to level up. Get to know him,” and GRAMMY.com proclaimed him a “rising charismatic artist.” Idolator perhaps put it best: ”the most exciting thing about the LA-based newcomer is his versatility. He’s equally adept at hip-hop, R&B and pop, which makes him the perfect artist for our post-genre world.”

Get ready to rage with Tyla Yaweh throughout 2020 and beyond.