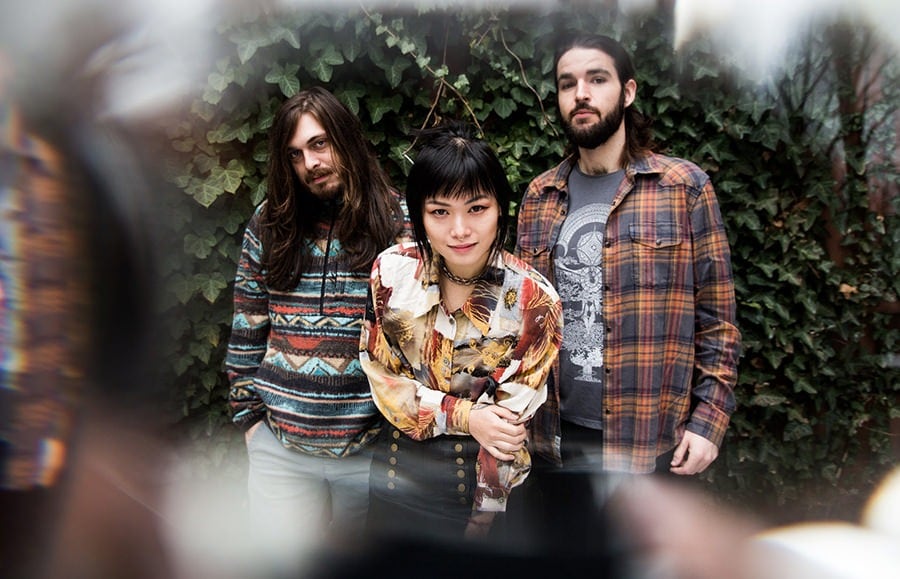 “When you listen to technicolor, I want you to be transported elsewhere,” says guitarist/vocalist Yvette Young about the 10-song album. “My goal is to uplift and make you feel reflective of emotions and experience a whole spectrum.”

“I second that,” adds bass player David Adamiak. “For us, technicolor was a diverse statement. I hope listeners see there are so many facets to this collective and our songwriting. Maybe they’ll join us on the trip.”

Technicolor is the first music from Covet to include vocals, with Yvette lending her voice to: “Parachute” and “Farewell”, a first for the band who have become well-known for their joyously tuneful instrumental tracks. Young said of the band’s decision to include vocals: “My whole rule for writing is to never rule anything out, as long as it serves the music.”

The album is available now via brick & mortar retailers, as well as through the Triple Crown Records webstore and digital service providers. Two of the vinyl variants have already sold out with a purple variant remaining. A highly-limited (300 copies) transparent teal with orange splatter version has been made available via Record Store Day (https://recordstoreday.com/UPC/646920324101).