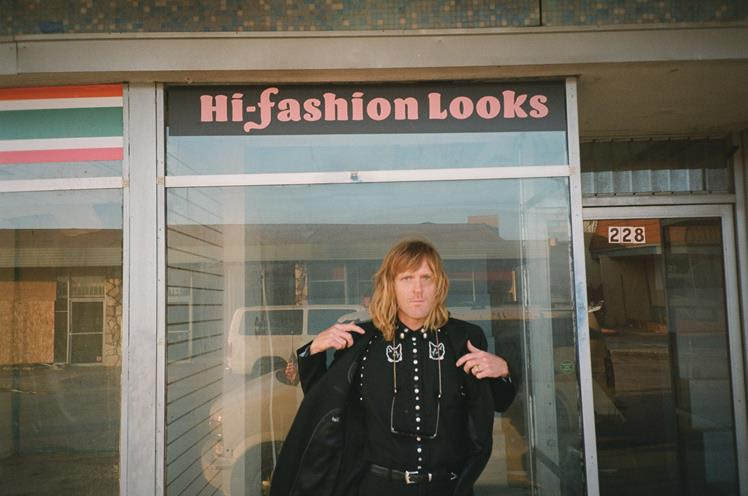 “When I started to work on this cover I was in the midst of a deep dive into challenging my own approach to writing lyrics and I thought what better way to do so than studying one of my favorite songs by one of my favorite artists,” said Prism Tats aka Garrett Van Der Spek. “So what started out as a personal experiment not intended for release, turned into my first cover and my first collaboration as Prism Tats. The next step in my Leonard Cohen study is to try wearing a suit every day.”

Van Der Spek also added, “I deliberated over releasing this song at this moment in time but ultimately decided that as artists, beyond our physical, financial and psychic support our music is our greatest contribution to change and that should not waiver. That is why we are donating 100% of proceeds from BandCamp to Black Lives Matter Los Angeles in the hope that this fight continues until change is made.”

In early May, Prism Tats had shared the new track “Mother’s Son” – listen and watch its karaoke-inspired lyric video HERE. “The video was a true quarantine experiment,” said Van Der Spek. “I’m no movie maker so I had to get inventive. I shot it in my apartment with my phone and edited on iMovie. It required a real DIY approach to achieving the effects that I wanted.”

Speaking to the meaning of the song, he shared: “The song is about playing the long game and keeping your head down to do the work that is important to you. It’s easy to be disillusioned with how much noise there is in the digital void, but one shouldn’t let that dilute the value of the work that you do.”

Originally from Durban, South Africa, Prism Tats aka Garett van der Spek relocated to the U.S. after years of playing in local bands and working on solo projects. In 2014 he founded Prism Tats, and in 2015 landed a deal with ANTI- after being discovered at SXSW. Since his self-titled debut arrived in 2016, Prism Tats has landed support slots with indie-rock icons like Guided By Voices and Nada Surf, toured on his own and with a band, and continued to write and record steadily. In 2018 he released his sophomore effort Mamba on ANTI-.