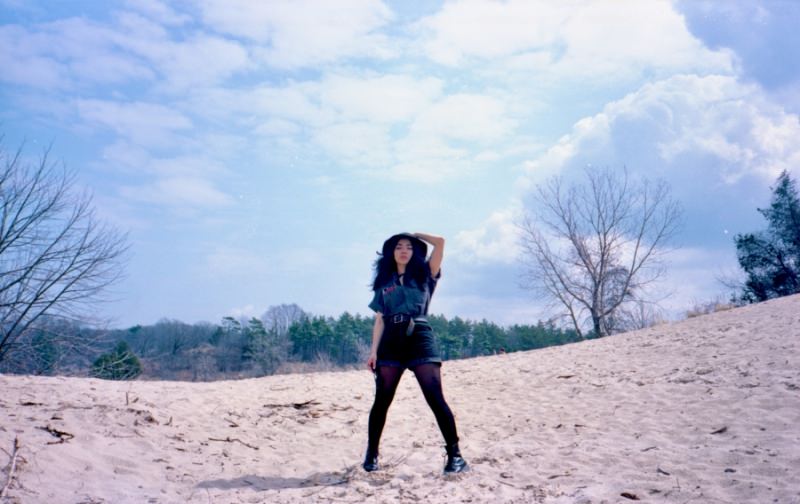 Cold Beaches have released the music video for their first single “Problems and Heartache (I Got Them)“. Watch the video now below.

Sophia Nadia from Cold Beaches said of the song, “This song is one of the more honest songs on the album, despite its pop and upbeat sound. It covers pretty much all the bases with me- heartbreak, grief and loss, and avoiding my problems. I think it’s the only way to move forward, by continuing to be as honest in my art as I can.”

“Problems and Heartache (I Got Them)” is taken from the band’s upcoming album, Drifter, the first energetic, live recorded and thoroughly orchestrated album Cold Beaches has released yet. With honest lyrics ranging from the heartstring-pulling losses of friends and relationships to the optimism of independence and liberation from depression and anxiety, Sophia sings these 10 tracks with a newly founded voice of empowerment and fervent energy. Capturing the infamous vivacious reputation Cold Beaches has deservedly earned through years of live performances around North America, Drifter forges new ground. It combines the influences of the plain-spoken lyrical integrity of 90’s Pavement and fluctuating modern composition and arrangement. Equipped with an orchestra of instruments and talented local musicians, Drifter’s instrumentals transition effortlessly between hard garage rock (Ty Segal) to indie surf pop (La Femme). With these newly discovered weapons in hand, Nadia steps away from the lofi sound she’s known for and starts her move towards a new era of songwriting and album construction.