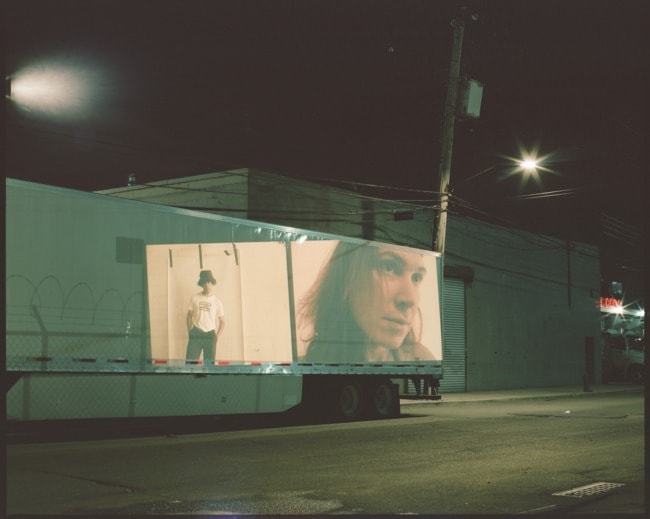 New York duo Lewis Del Mar have unveiled a new track “Rosalie (CH. II)” today. The song is from their forthcoming sophomore album AUGUST, out August 21 via FADER Label—pre-save the album here. Streaming revenue from the first week will be donated to Arts in Parts, a nonprofit organization in Rockaway that educates local students of color on ocean ecology and environmental protection.

“After several weeks of protesting, turning back to our daily routines and promoting an album feels meaningless and fundamentally at odds with where our country is as a collective,” Lewis Del Mar says. “However, this time has also led us to acknowledge the myriad ways these issues, and specifically the broader theme of human connection, factor deeply into our music. As a society we have, both consciously and unconsciously, buried the lines that connect us all, and that is precisely what ‘Rosalie’ laments.”

The new track follows double single “The Ceiling/ Border (CH.III)”—which Remezcla called a “reorganized, reframed, refreshed” approach for the band— and a music video for “The Ceiling,” the duo’s first new music since their 2016 self-titled debut and the initial offerings from AUGUST. “The Ceiling” received further critical acclaim from TIME, which found the band “in sync, mellowed and more introspective than before” on the new track.

The duo, childhood friends Danny Miller and Max Harwood, recorded AUGUST over two years, beginning in a Rockaway Beach bungalow they converted into a studio. Recording started in the summer of 2017 as they grappled with an altered sense of normalcy after their first major tour and the release of their debut album. The emotional framework of AUGUST is rooted in the tension between the spiraling New York City summer that awaited them and the critical year-long period of reflection that followed. These disparate experiences resulted in a collection of songs that depict the way life fractures and comes back together in new forms. On AUGUST, the duo polishes and intensifies the sound introduced on their debut, employing Latin percussion indebted to Danny’s Nicaraguan heritage, and expanding upon the adventurous arrangements that first garnered them praise. The tension between the manic and reflective periods the band endured breathes new meaning into the songs.

The process of recording the album entailed personal and professional setbacks—mental health struggles and arguments about the band’s future tested them. Both members’ fathers suffered strokes during the making of the album, with Danny’s father tragically passing as the project neared completion. The very existence of AUGUST speaks to the immense power of perseverance and the duo’s unbreakable bond.

Lewis Del Mar is Danny Miller and Max Harwood, who have been making music together since the age of nine when they both played trumpet in their fourth-grade band. They formed a garage rock band in high school and spent two years touring the country in a station wagon playing dive bars until they landed in New York City, where they began writing what would become their debut album as Lewis Del Mar. Their first single “Loud(y)” was released in the summer of 2015 and piqued the interest of major news outlets and labels, effectively setting the stage for the duo’s debut self-titled album, released in 2016 to acclaim from The New York Times, Rolling Stone, NPR and more.