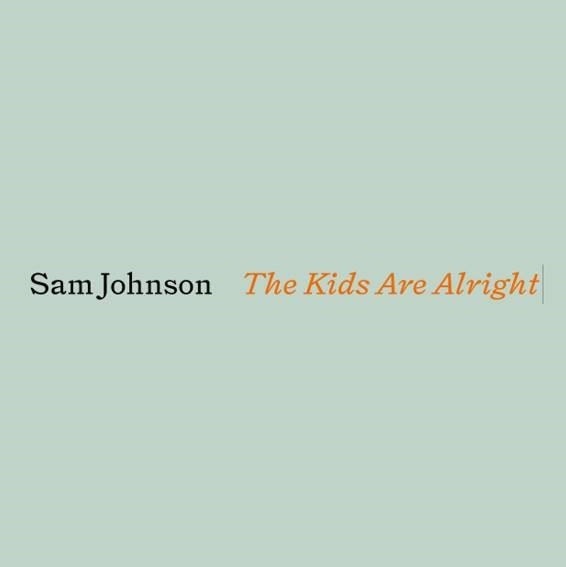 Following the success of his breakthrough debut EP Eastcote at the end of 2019, British singer and songwriter Sam Johnson now returns to unveil the first taste of his second EP with his brand new single “The Kids Are Alright” out now.

Lifted from his soon-to-be-announced new EP Are We There Yet?, this new release sees the frontman in a far more nostalgic guise. Reflective and progressive in every way, his latest offering looks to combine the emotional weight of Bob Dylan and Joni Mitchell with the eagerness to communicate of Ben Howard, creating a true coming of age tale beyond his tender years.

Speaking about his new single, he said, “I wrote this song whilst looking over my friend Nick Atkinson’s DVD collection for some inspiration during a couple of days in his studio ‘The Barn’ just north of London. I’d gone up there to escape the hustle and bustle of the city and spend a few creative days writing in the countryside. I spotted one of my favourite films ‘Old Boy’ on his shelf, and there in that moment conceived the first line of the song, ‘Old boys, new tricks, and suburban Friday fun.’ From there I started looking back on my teenage years growing up in a small market town on the border of England and Wales and all the mischief my friends and I would get up to. When I then discovered Nick’s copy of the 2010 movie ‘The Kids Are Alright’ it all made sense. It wrapped up the sentiment of the song perfectly for the defining line of the chorus. My friends and I were at times flawed and brilliant, at times stupid and inspired, but all the while we had our hearts in the right places. We were alright. I wanted to write the soundtrack to my youth, and this is it.”

Opening up with the lead track “The Kids Are Alright,” his latest EP is set to see him grow more as an artist and a human being throughout. Constructed alongside esteemed studio team The Barn, this initial offering is a song that waves farewell to adolescence, carrying a gilded and Autumnal quality to it.

“I create characters influenced by what I see around me,” he says. “A lot of the lyrics are touchstones of my childhood, and where I grew up…and the people that I grew up around.”

A driven and relentlessly ambitious artist, Sam Johnson’s story also owes a debt to chance. Fate dealt him an unusual card when Kevin Shields – My Bloody Valentine auteur – crossed his path, taking the fledgling talent into the studio for the very first time. “That was a real moment for me…that developed my backbone. It made me want to have that element of legacy. And he made me realise that it could be done.”

A country boy lost in the big city, Sam’s music has taken him from a rural setting to the London metropolis, but he’s driven by an extraordinary sense of purpose. His 2019 debut EP, Eastcote, garnered support from BBC Radio 1, BBC 6 Music and Radio X, as well as the Spotify New Music Friday playlists in Norway, Sweden, Iceland, Denmark and Finland. Are We There Yet? is a tightly bound EP, one where each passage speaks to the next. Overseen by My Riot at RAK Studios, the production is left deliberately raw, almost unfinished, so that the songs “could breathe, without over-cluttering it too much.”