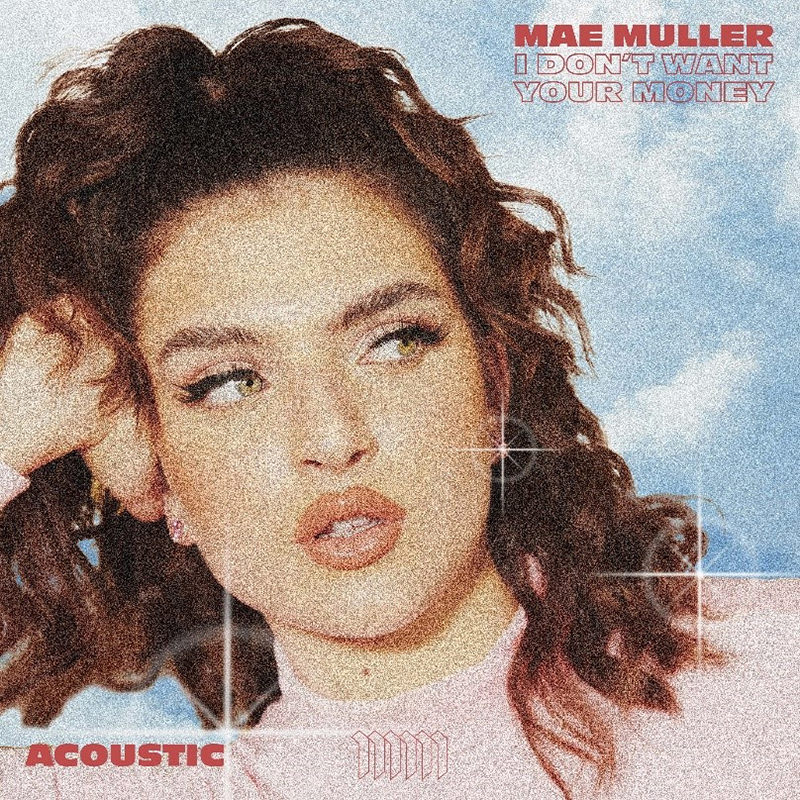 Mae Muller has released “I Don’t Want Your Money (Acoustic)” and its accompanying video. Self-shot in isolation, the dreamlike visual plays out the lyrics to the track displayed as Mae’s thoughts, while Jimmy Napes accompanies her on the guitar. Watch the video, which premiered today on YouTube, below.

The original single, co-written by Muller and produced by Jimmy Napes, (Sam Smith, Khalid, Alicia Keys) showcases Muller’s stripped back vocals, sharply juxtaposed with her fierce lyrics- a distinct reminder of her status as an independent young woman. Speaking about the inspiration behind the track she explains, “I wrote ‘I Don’t Want Your Money’ just under 2 years ago now, and I’m so happy it’s finally out! I just wanted to show that there are other ways to be treated, rather than just materialistically, especially if you make your own money! I’m financially independent so you have to find other ways to impress me, I don’t need anything else apart from love and affection. Treat me with respect and we’re GOOD.”

Hailed as “a clear pop sensation in the making” by Wonderland and the “new queen” by NYLON, Muller’s music pairs self-assured lyrics with strong narratives and entwined soulful pop melodies – a style that is quickly cementing the young London-based artist as a spokeswoman of her generation. “I know what I want to say, and I know what the message is that I want to get across,” says Muller. “I want women and young girls going through hard shit to put on my songs and feel better. We’re going through this together.”

Released last month, the official “I Don’t Want Your Money” video was self-shot by Muller on her iPhone at home and directed remotely by Sophie Muller (No Doubt, Selena Gomez, Rihanna, Beyoncé). Watch it HERE.

Combined global streams of Muller’s song are approaching 70 million. “I Don’t Want Your Money” comes on the heels of her early 2020 single, “Therapist,” which landed on over 45 Spotify playlists as well as Apple Music’s A-List Pop, In My Room, Future Hits and more.