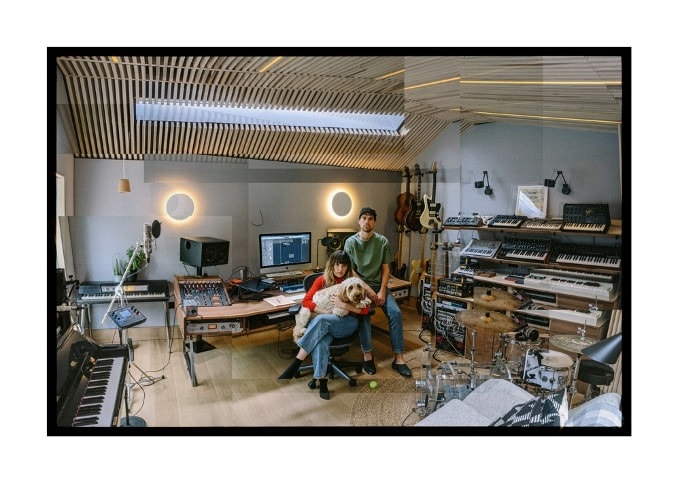 Oh Wonder have wrapped their Home Tapes project with “Don’t You Worry,” their fifth song written, recorded, produced and released during isolation.

“Don’t You Worry” is a beautifully stripped-back love song about the intimacy and connection still possible under lockdown. Like everything Oh Wonder touches, it’s a feeling deeply of the present moment (“We walked the city streets at midnight as the world went quiet”) but also rooted in classic, timeless songwriting.

The band also recently unveiled another fan-generated video for one of the series’ highlights, “Oceansize,” following thousands of entries worldwide—watch HERE!


A vivid snapshot of their 2020, Home Tapes has taken on suitably unexpected forms for Oh Wonder. The project began with the existential, electronic-leaning “Lonely Star,” which reflected on the more day-to-day frustrations of isolation. “Keep On Dancing” was a stoically upbeat anthem about having to cancel your birthday party, while the meditative “Oceansize” spoke of the yearning for space and nature as the lockdown extended. Throughout the series, as “I Like It When You Love Me” and “Don’t You Worry” suggest, Oh Wonder have put the highs and lows of modern relationships under the microscope, too (their own included).

Despite extreme circumstances, Oh Wonder is no stranger to life under lockdown. Anthony West and Josephine Vander Gucht first started the band much in the manner of Home Tapes—writing, producing and recording everything DIY, with aim of releasing a song a month morphing into their debut album, a romantic relationship and a career that continues to astound the couple. Not to mention, of course, two top 10 records (including February’s No One Else Can Wear Your Crown), a million sales and over a billion streams. While the band was poised for a mammoth “Wear Your Crown” World Tour all through 2020, Oh Wonder’s ever self-sufficient streak has found a truly creative outlet in Home Tapes. Here is a band reaching back to their roots while still, in their own unabashed way, setting the agenda where others follow.