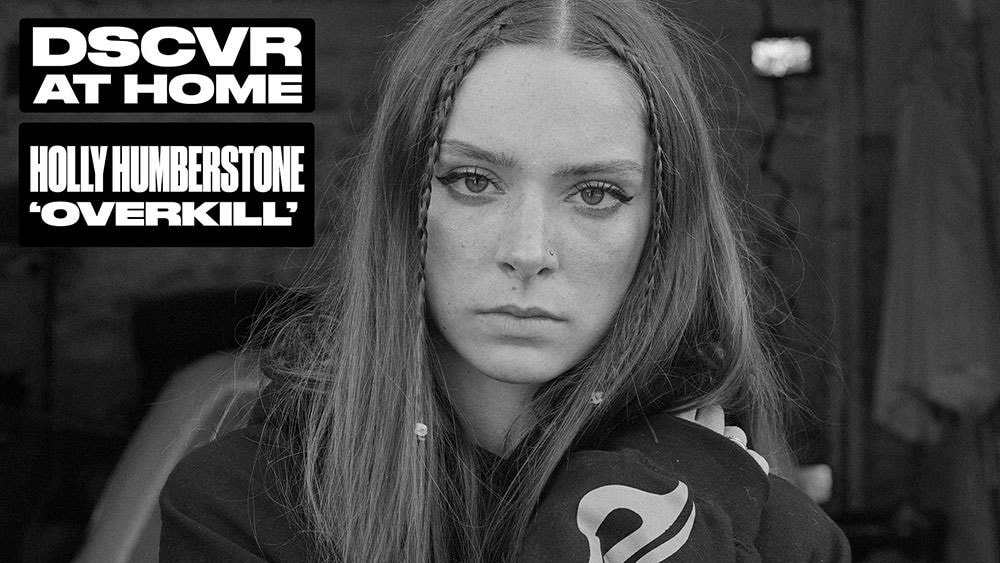 Vevo has released Holly Humberstone’s DSCVR performances of “Overkill” and “Falling Asleep at the Wheel.” Vevo DSCVR focuses on the development of emerging artists, through performance content and careful curation. With a long history of helping emerging artists break through to new and wider audiences, past alumni of Vevo’s DSCVR series include Billie Eilish, Duckwrth and Kiana Ledé. Vevo is committed to working with artists at an early stage of their career to create unique content that brings their music to life visually and provides exposure to new audiences through the platform.

Taking inspiration from Phoebe Bridgers, Bon Iver, Lorde, Ben Howard and HAIM, Holly’s sound has an honesty and conversational style that fuses the warmth of the guitar music she grew up listening to, with a darker atmosphere and electronic tone. The 20-year-old Grantham native has already built a rapidly growing fan base and amassed over 13.5 million streams with just two songs alone. She’s previously been championed by BBC Music Introducing – which resulted in a performance on their stage at Glastonbury 2019 – has been the Intro Track of the Week on the Radio 1 playlist and recently capped off an extended support tour with Lewis Capaldi throughout Europe that included a performance in front of 12,000 fans at the iconic Wembley Arena.

“Overkill” and “Falling Asleep at the Wheel” are now streaming on all platforms. Keep up with exclusive content from artists all over the world on YouTube.com/Vevo.