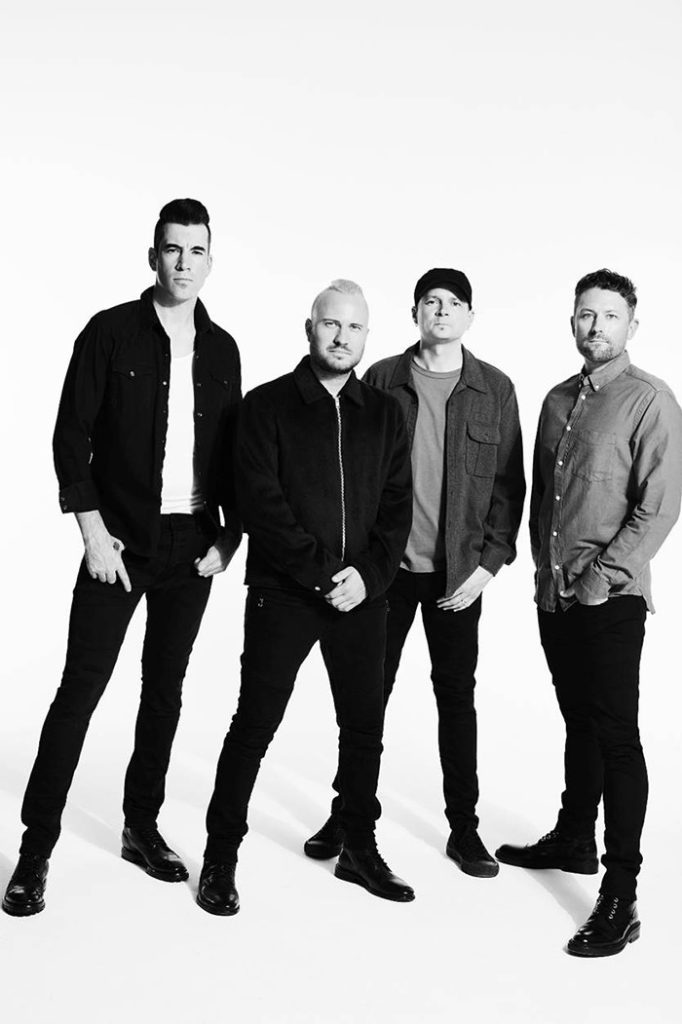 Multi-platinum band THEORY (Theory Of A Deadman), who recently released their new studio album Say Nothing (Atlantic Records), have announced “Live From MTELUS” – a 30-minute concert stream set to air tonight at 8:00 PM ET / 5:00 PM PT on the band’s official YouTube channel. Captured during their recent headline tour at Montreal’s MTELUS performing arts center, the historic performance sees THEORY delivering a career spanning set in front of a packed crowd. Furthermore, the band will join the YouTube livestream 30 minutes early at 7:30PM ET / 4:30 PM PT to chat with fans and answers questions in the comments section. Tune in tonight HERE.

In addition to the concert stream, this Friday, July 3rd, THEORY will release a live version of their single “World Keeps Spinning,” across all streaming platforms. Recorded during their MTELUS performance, the live version arrives as “World Keeps Spinning” approaches Top 15 at Active Rock radio. The powerful single – a personal track written by front man Tyler Connolly about depression and anxiety – follows THEORY’s #1 hit “History of Violence,” which became their sixth #1 on the Mediabase Active Rock Chart and fourth #1 on the Billboard Mainstream Rock Chart. Turning the tables on a story of domestic violence, “History of Violence” is joined by a gripping official music video illustrating a searing snapshot of a woman enduring an abusive husband as she plans to fight back, eventually ending up in jail but free of her abuser.

Already being hailed their best album to date, Say Nothing, which debuted at #2 on the Billboard Alternative Albums chart and #3 on the Rock Albums Chart and was produced by Martin Terefe [Jason Mraz, Yungblud], finds THEORY speaking up through timely lyrical commentary with the band’s finger on the pulse of the current climate and the issues that our society is grappling with today, all threaded together with a message that’s both a cautionary warning and a hopeful wish for our collective future. The title track offers up a stark, emotional confessional about a communication breakdown in a relationship that ultimately leads to its demise and “Strangers” addresses the current tense state of American politics and the divisive nature of our culture, calling out how nasty it has become between those with differing political affiliations and our society’s increasing inability to openly listen and relate to one another. With undeniable anthems, scorching songcraft, experimental vision, rock ‘n’ roll attitude, and clever pop ambition, Say Nothing is a continuation of their musical and thematic evolution, displaying the band’s powerful storytelling in full force and introducing fresh sounds and sonics.