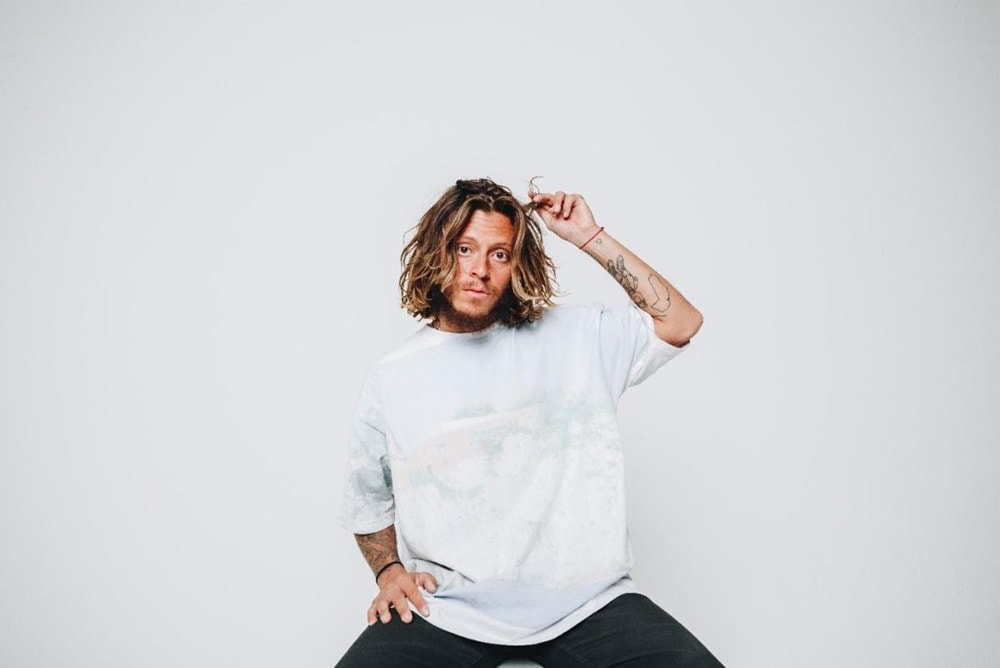 Stay Over has released his new single “IDKATL,” out now on Bananabeat Records. The track brims with angsty rock choruses and electric guitar riffs while drawing from Stay Over’s own vulnerabilities to assert that uncertainty and self-doubt is a normal part of what it means to be human. “IDKATL” was produced by Robbie Winn and GRAMMY-nominated artist and producer Cisco Adler. Listen to the song now below.

Of the track, Stay Over said, “This song is about someone trying to figure out what the fuck is going on in their head. It’s about someone trying to navigate this thing we call life. Not being able to be alone but not being able to be with people either. Not sure how to be half the time. Torn between feeling too much and wanting to be numb. I hope this song brings people some peace in knowing that we all go through the same shit internally. It’s good to question everything. No matter what, we have to keep moving.”

Writing music as therapy for the mental health struggles he has faced, “IDKATL” joins Stay Over’s forward-thinking banger “Breaking Glass” which appeared on Spotify’s New Alt playlist and encourages listeners to break out of their own heads to escape negativity, his collaboration with pop punk artist Jutes “GIRLS,” and his fast-climbing single “Happy” – which recently received an animated video – has organically amassed over a million streams and was recently featured on Spotify’s New Music Friday playlist and showcased globally by Snapchat in one of their lenses.

Drawing inspiration from a diverse array of influences such as Kid Cudi, Death Cab for Cutie, and even Shakespeare, Stay Over places human connection at the forefront of his art and uses it to explore deeply personal themes of love, loss, happiness, grief, and his own struggles with mental health to encourage people to connect, empower them to speak about their issues, and help them realize they aren’t so alone. Creating vast, genre-bending soundscapes by blending alt rock and post-urban trap with his distinct hip-hop sensibility and alternative energy, Stay Over is based out of Cocoon Malibu, an incubator and creative gathering place for the next-generation community of musicians, producers, directors, and visual artists and the brands that support them.
Share. Facebook Twitter Email Reddit