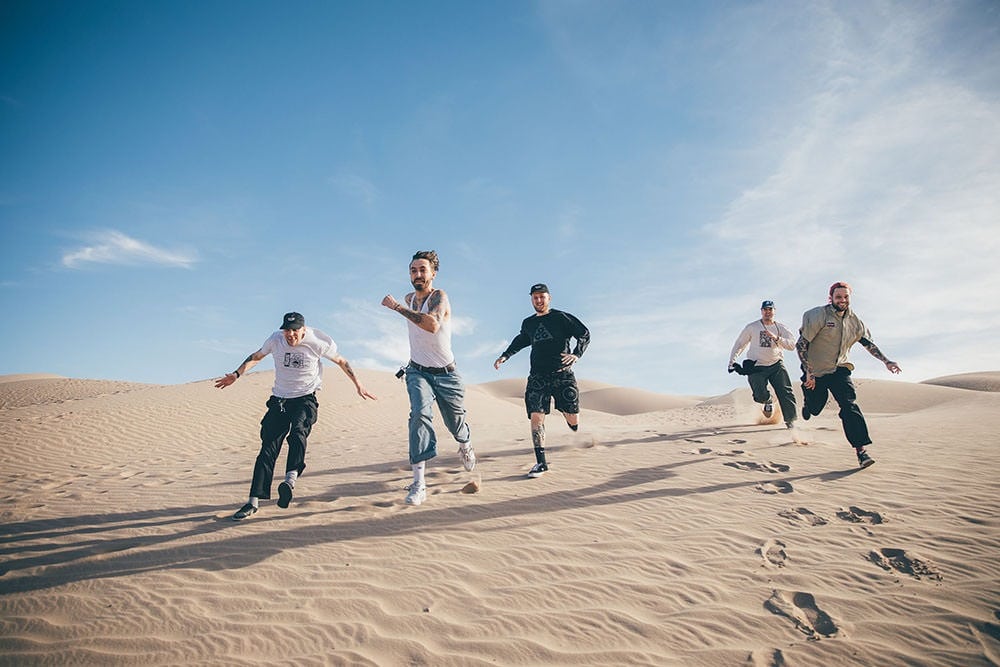 Leeds, England’s Higher Power have revealed a special two-song acoustic performance of “Lost In Static” and “In The Meantime,” both of which are featured on the group’s Roadrunner Records debut LP, 27 Miles Underwater. Surrounded by candles, the band nod to iconic nineties MTV Unplugged performances as they deconstruct their hardcore framework into bare acoustic reflections.

27 Miles Underwater has quietly become one of the most talked-about rock records of 2020. Revolver, Kerrang!, and Stereogum have all placed it on roundups of the “Best Albums of 2020 So Far.” As part of “The Best Indie Albums of 2020 So Far,” UPROXX claimed, “27 Miles Underwater proves that Higher Power have a unique range of versatility.” Christening it one of “The 20 Best Punk Albums of 2020 (So Far),” Paste Magazine stated, “Throughout eleven tracks, they manage to pack as much as they can into their sound: punk, hardcore, metal, ‘90s alt, crossover thrash, sludge, you name it. There’s not a boring moment on the album.” Meanwhile, Brooklyn Vegan touted the record among “Our 25 Favorite Albums: 1st quarter 2020” and declaring: “Higher Power have jam-packed the album with mountain-sized choruses.”