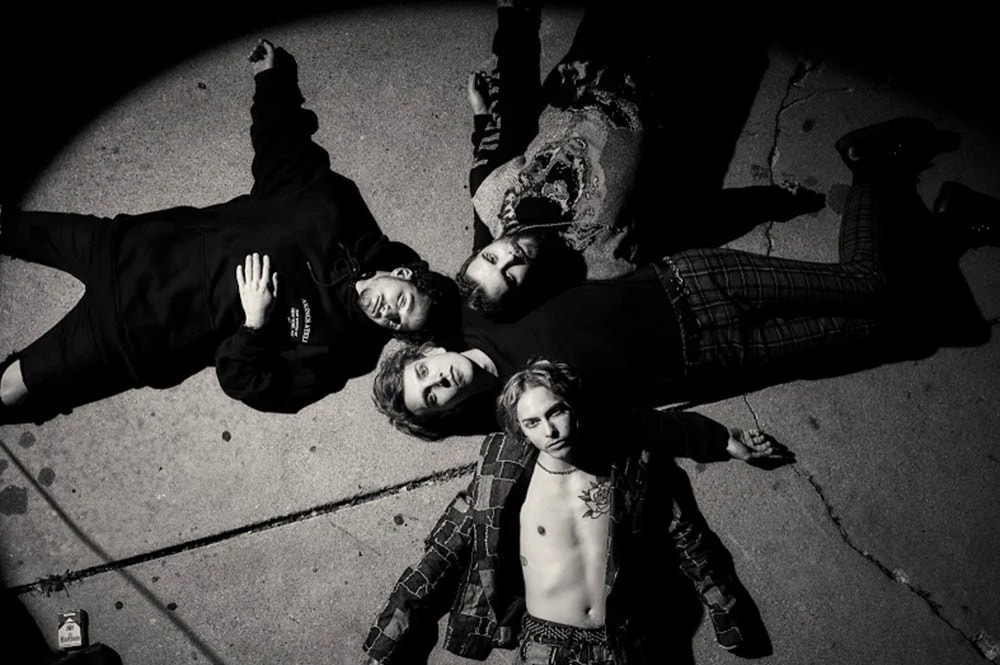 The Hunna have released a new single, “I Wanna Know” off of their highly anticipated forthcoming album I’d Rather Die Than Let You In. On the track, The Hunna bring their palpable energy and bangin’ sonics from the opening lyrics to the epic drum solo at the end. The single chronicles the thrilling whirlwind of new love and infatuation, taking listeners on an exciting ride.

“I Wanna Know” lends itself particularly well to a live show, and on tour, the band chose to close out recent sets with this track because of its undeniable ability to energize the crowd. The music video captures the electric energy felt at a The Hunna show – watch it now below. With its vibrant, guitar-heavy sound, “I Wanna Know” will make listeners hopeful for the days we’ll be able to jump around in a crowd again.

About “I Wanna Know”, Ryan explains, “I wanna know is up there for us with one the best songs we’ve ever written, it’s high octane all the way through and doesn’t let up, it’s kind of our motley crüe moment on the album. we played it on tour before we’d even started recording the album from a demo we did with feldy and it was insane everytime! it’s story comes from a place of extreme lust & infatuation with someone, wanting to know how they tick, what the feel, what they believe, wanting to be apart of anything they do, almost so much you could literally blow up”.

The UK grunge rockers are releasing a new track every month leading up to a forthcoming album, I’d Rather Die Than Let You In, out Oct. 2. It packages their last two years, where they rid the ghosts of their past and celebrate a new journey/chapter. Working with Travis Barker, Josh Dunn, Pete Wentz and more, the new music showcases their anger, resilience and ultimate rebirth, as The Hunna states, “It’s okay to be angry but it’s time to move on.”

Pre-order I’d Rather Die Than Let You In HERE.