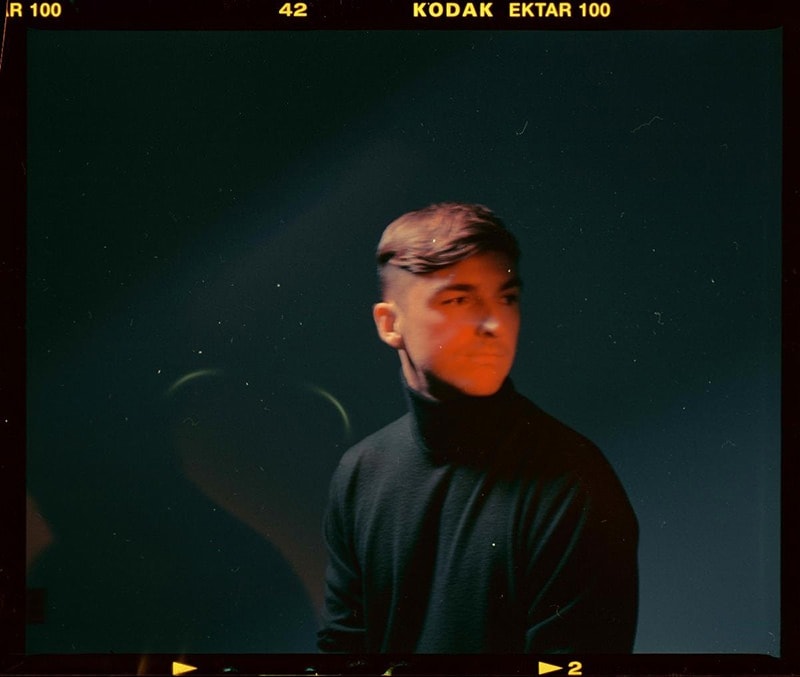 Danish artist & producer, Galimatias, has returned today with “Redeye,” the first single off his forthcoming debut full-length album. Listen to the song HERE and watch the video now below.

Galimatias infuses ‘Redeye’ with his unmistakable, aquatic sense of spaciousness, from the layered vocals that weave in and out of one another in the chorus, to the graceful, running pianos, smooth drums, and his vulnerable, reverb-soaked voice. Submerged in late-night feelings, “Redeye,” is a viscous, gooey track that moves with sensuality and desire. Born during a trip to Costa Rica, Galimatias uses field recordings of rain and birdsong to capture the aural palette of the tropical climate, the headspace of those lonely hours where all other noise fades into the background and you’re left alone with your thoughts, memories, regrets, hopes, and desires.

Of the track, Galimatias shares that: “‘Redeye’ is written as pure delusion. Like a self-deceptive, grandiose imagination of how you’d win back someone you lost at your own fault.”

After coming to widespread attention with 2015’s Urban Flora, his critically acclaimed collaborative EP with Alina Baraz, Galimatias retreated from the spotlight. Slowing his output to a tantalizing trickle of standalone singles, he chose to refine his skills as a producer and vocalist in private, resisting the ever-present temptation to upload the fruits of his artistic growth before they were fully realized.

Galimatias emerges from his artistic hibernation sounding revitalized and refreshed, reintroducing himself with a tastefully crafted brand of weightless, ornate R&B. Marrying the melancholic, downtempo beauty of his adolescence spent in the European electronic scene with the syrupy, sun-kissed atmosphere of his new locale, Galimatias is making music that feels as though it were filtered through a dream.

It’s a sound which is set to be fleshed out further on his forthcoming album and debut full-length project, the first body of work to feature his own vocals. That Galimatias chose to announce his forthcoming debut LP alongside the release of “Redeye” is fitting,

“Making ‘Redeye’ was when all the pieces came together for me. I knew I wanted to make a cohesive album that carried a story arc throughout, but it was all still vague at the time. When I’d made this track I felt like that was the perfect way to begin the narrative that continues throughout the rest of the album, while at the same time also carrying a message to my supporters who by now haven’t heard an album from me in 5 years.”