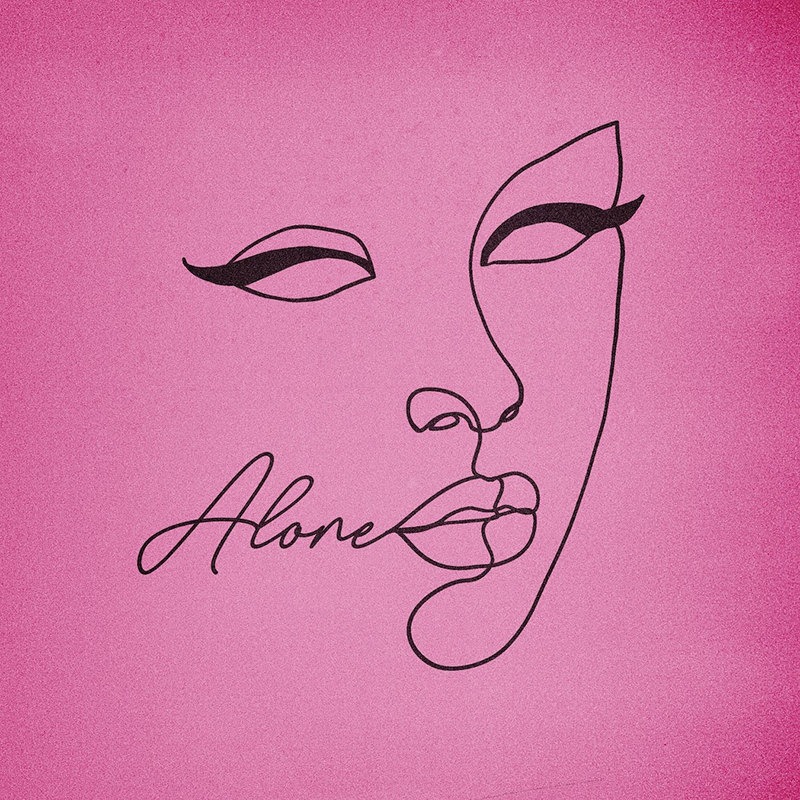 Today, self-made phenomenon Loren Gray has released “Alone,” the second in a series of songs she recorded at home during quarantine. While its title might suggest the song is about solitude, it’s actually a silken reflection on being alone with that special someone. Loren wrote “Alone” with her “Cake” collaborators – The Wavys, who also produced, and Lilian Caputo and Elsa Curran.

Raja Dava created the accompanying lyric video, which is propelled by fluid handwriting in a nod to the song’s opening lines – “Your name in my mouth comes out in cursive/Red hearts round the letters on my mind.”

“‘Alone’ is the first love song I’ve ever written,” says Loren Gray. “I’m so happy it’s out in the world and I hope my fans aka my angels love ‘Alone’ as much as I do.”

Loren will be the guest on E! News “HappE! Hour” tomorrow, July 22. Tune in to the Instagram Live series for host Scott Tweedie’s Q&A with Loren, which will include a discussion of her music and what makes her happy plus questions from fans. Loren is the featured artist in Best Buy’s Back To School campaign for Lenovo Laptops. The campaign features “Alone” in a “choose your own adventure” digital video series.

Before she had even turned 18, Loren had racked up over 100 million cumulative global streams of her songs. “Cake” has already upped that tally by two million since its release in May. View the official video HERE and the “Cake” (Acoustic) video HERE. Loren recently talked with Forbes about how she recorded her own vocals at home during quarantine for “Cake.” Read the interview HERE. She also recently shared her 10 minute make-up routine with Allure and sat down with Clevver News for their “Bowl Of Fan Questions.”

“Alone” and “Cake” follow Loren’s series of 2019 singles, which included “Options,” “Lie Like That” and “Can’t Do It” (feat. Saweetie). She also featured on Lost Kings’ “Anti-Everything.” Fans can spot Loren in the closing scene of the official video for Taylor Swift’s “The Man” and she also has a cameo in Kim Petra’s celebrity-studded “Malibu” (At Home Edition) video.

Edgy and high-energy, unapologetic and empowering, Loren’s distinct brand of pop is built on the soul-baring honesty she’s always granted her fans – which include a following of nearly 65 million across her socials. Growing up in the Philadelphia area, Loren began playing piano at a young age and spent her childhood listening to everything from classic rock and country to heavy metal and hip-hop. At 15, she uprooted herself and moved to Los Angeles to pursue a career in music. After cutting six records as an independent artist, Loren landed a deal with Virgin Records. In August 2018, she released “My Story,” which debuted at #1 on the Spotify Global Viral Chart. Her unique sense of style has led to collaborations with Betsey Johnson and Forever 21.