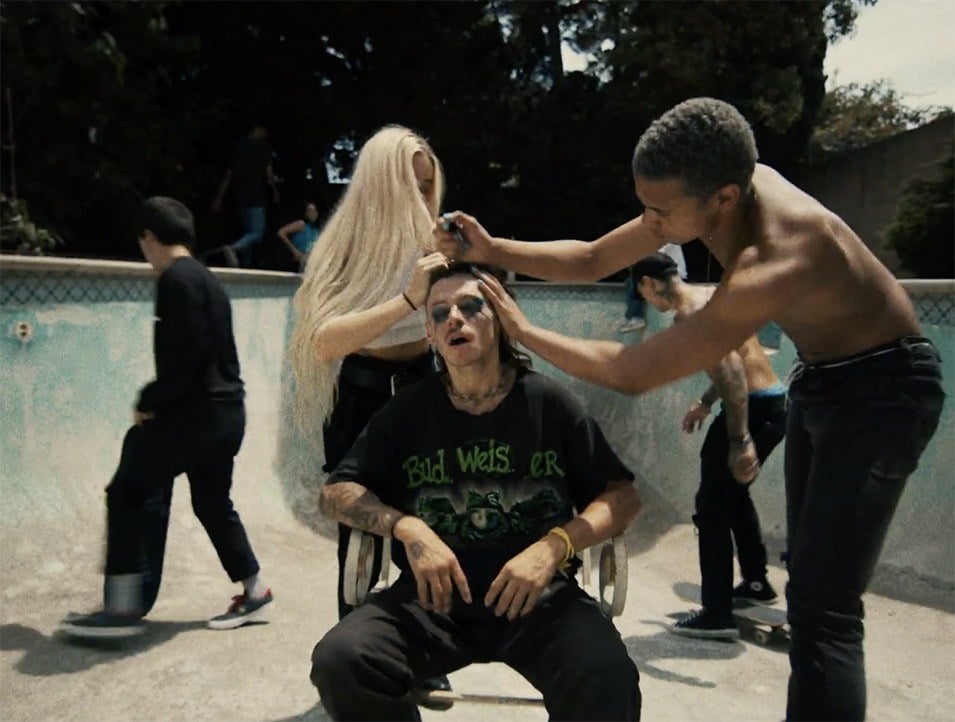 Stay Over revives the 90s/early 2000s skater aesthetic in his latest video for “IDKATL,” directed by Sid Singh and produced by Cocoon Malibu. “IDKATL” – which was featured on Spotify’s New Music Friday playlist and major alternative playlists including New Alt, New Noise, New Rock, and more – speaks about self-medicating in order to numb negative thoughts and get through difficult moments rather than confront and process them. Out now on GRAMMY-nominated artist and producer Cisco Adler’s Bananabeat Records, who produced the track alongside Robbie Winn, “IDKATL” is the next in a string of singles from Stay Over that serve as a reminder that we’re not alone in our struggles, despite the stigma of asking for help in a world where its common to show the most idealized version of yourself.

“One of my favorite movies of all time is Lords Of Dogtown,” says Stay Over. “The whole aesthetic of the movie and that time in the 90’s seemed real and raw and authentic. That’s what we wanted to get across for the video. The director Sid Singh really brought the whole vision to life and executed it exactly how it was in our heads. Its vulnerable and honest, like my music, which is my way of figuring out who I am. It’s my way of processing my emotions and exploring my real true honest feelings, but I also hope my music can make people feel a little less alone. By being honest, I think we can all open each other up. When we’re open, we see things differently. We see things as love and light.”

Writing music as therapy for the mental health struggles he has faced, “IDKATL” joins Stay Over’s viral hit “Happy” which recently received an animated video – has organically amassed over a million streams and was recently featured on Spotify’s New Music Friday playlist and showcased globally by Snapchat in one of their lenses. Click HERE to watch the video directed by Bobby Hanaford (Greyson Chance, Vic Mensa, G-Eazy) that assures listeners it’s okay not to fit the socially accepted definition of happiness. Stay Over’s forward-thinking banger “Breaking Glass” also appeared on Spotify’s New Alt playlist and encourages listeners to break out of their own heads to escape negativity. He also recently collaborated with pop punk artist Jutes on “GIRLS.”

Drawing inspiration from a diverse array of influences such as Kid Cudi, Death Cab for Cutie, and even Shakespeare, Stay Over places human connection at the forefront of his art and uses it to explore deeply personal themes of love, loss, happiness, grief, and his own struggles with mental health to encourage people to connect, empower them to speak about their issues, and help them realize they aren’t so alone. Creating vast, genre-bending soundscapes by blending alt rock and post-urban trap with his distinct hip-hop sensibility and alternative energy, Stay Over is based out of Cocoon Malibu, an incubator which offers creative partnerships, organically integrated sponsorship opportunities, experiential branded entertainment, and high-quality content developed in-house. Cocoon Malibu builds symbiotic relationships between Cocoon artists and brands that fosters the artistic aspirations of the next generation of emerging talent.