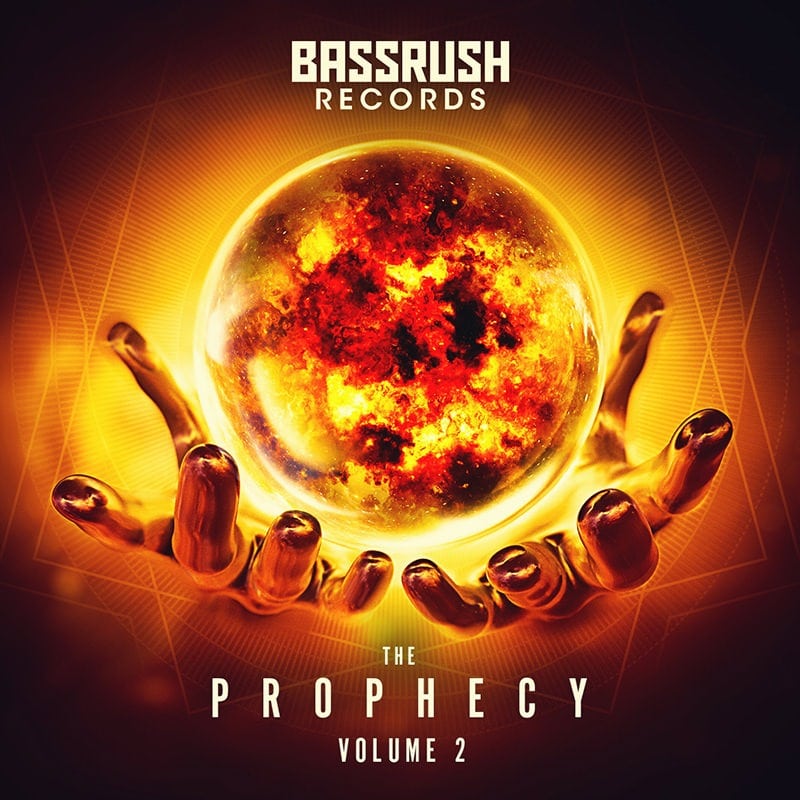 Bassrush Records is back with the second installment of its forward-facing compilation series, featuring cuts from Tek Genesis, Super Future, Hukae, Noer the Boy and more. Stream to The Prophecy: Volume 2 now below.

At the beginning of 2020, the Bassrush Records took a deep look into their crystal ball to forecast the future of the ever-shifting bass music realm. The predictions came in the form of an 11-track compilation album, which gave birth to a new conceptual project aptly titled ‘The Prophecy’ compilation series. As the name suggests, this new endeavor not only aims to prognosticate the inevitable heavy hitters of tomorrow, but also strives to stay ahead of the curve with ongoing shifts in the bass music landscape.

With Volume 2, there are 10 new exclusive cuts crystallizing into a well-rounded package that spans wonky wook bass all the way through to blistering dubstep and synapse-splitting halftime. The stacked roster is bursting through the seams with exciting new talent, including Hukae, Tek Genesis, Floret Loret, Super Future, Noer The Boy, and more.

“This track is me and Phantom Nexus experimenting with bass music around 120 bpm, taking in a lot of influences from halftime DnB and hip-hop,” says NIK P. “Something about that slow tempo feels so refreshing. The core idea of the track came together in basically two studio sessions. Hope you all enjoy.”

“‘Nu Bloom’ is a tune that takes you on a bitcrush-y bass engulfing journey,” adds Floret Loret. “It’s a step forward to this new direction for my sound.”

“A concept I wanted to convey with this track in particular is the acknowledgement of contrast and harnessing its power to propel us toward our ultimate truth” says Khiva. “Rip off the layers. Sometimes that process is messy, sometimes it is not. Disturb the burdensome debris and let it fall away gently. To create, one must first destroy. This one is 100 percent intended for a massive sound system.”

Hukae steps in to share his thoughts, as well: “This song is called ‘Zonked’ because in the UK, it means tired and I was literally exhausted when I made this tune. Hope you guys enjoy this cat meow synth type beat.”

Lastly, we hear from Saka, who says, “It is my first, true attempt at storytelling. Lately, when I write music, I always envision some sort of fictitious scenario to go along with the audio itself. This helps inspires ideas, and in turn, helps shape the narrative, as well. In ‘Slipstream’, I imagined a protagonist falling through a portal, where she is swallowed up from her universe (feudal China) and spit out into ours – set many centuries in the future.”

Whether you subscribe to the heavier rail-breaking dubstep to the more cerebral-centered broken beats, the ‘Prophecy: Volume 2’ should help put you up on a few new names and sounds that you should certainly not sleep on.