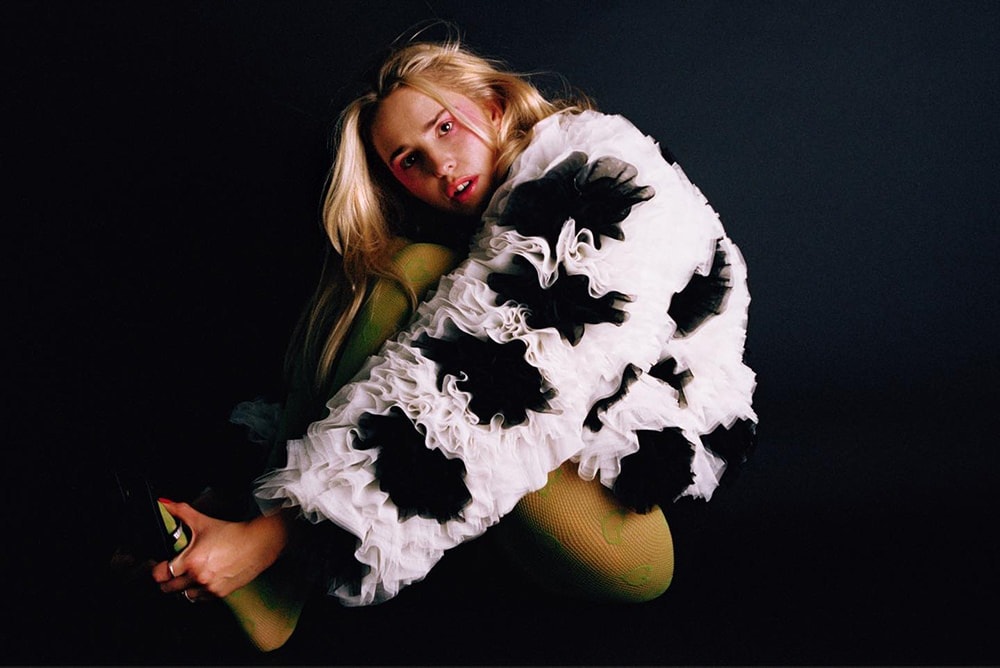 British breakout vocalist, songwriter and producer LAUREL has shared her new single, “Scream Drive Faster” today via Communion Records. The track is LAUREL’s first new music since her 2018 debut LP Dogviolet. Listen to the song HERE and check out its accompanying video below.

The ’80s-hued “Scream Drive Faster” finds LAUREL euphoric, a mood starkly different from the melancholic chamber pop of her first album. “I really loved the songs on Dogviolet, but they were very heavy,” she explains. “At one point in my life I was in a pretty dark place and it was really comforting to sing about it, but it was hard to revisit those emotions every night.” When composing the track, Laurel wanted it to reflect the happiness she has found since.

Self-recorded, produced and mixed, Dogviolet received high praise from The Guardian, who likened her to Lana Del Rey, The Independent, and Vogue, who called her “the new face of British alt-pop.” The album also won her fans in the likes of BBC Radio 1 and Triple J. Still, her solitary approach to the record left her isolated and unhappy. Her new work is marked by a move from London to America and, having found people there she trusts and admires to work alongside, a newfound artistic process that’s open to collaboration. She wrote and produced “Scream Drive Faster” with Chrome Sparks.

LAUREL, born Laurel Arnell-Cullen, starting writing her own music at age 11 and by 13, inspired by Laura Marling’s debut record, began playing in local bars with her first guitar. At 17, she signed to Universal, and found herself living alone in a basement flat in London for the next three years, composing the material that would become Dogviolet. The transition was difficult: “Making music all day and night is how I survived and didn’t go crazy,” she says. She released her first book with the album, The Mutterings Of A Laurel, a collection of her journal entries to be read alongside the music. Though now writing from a much different perspective than she was with her debut, she is still dealing with the same big issues—love, loss and survival. Only now, she is happier, more determined, and head-over-heels in love.