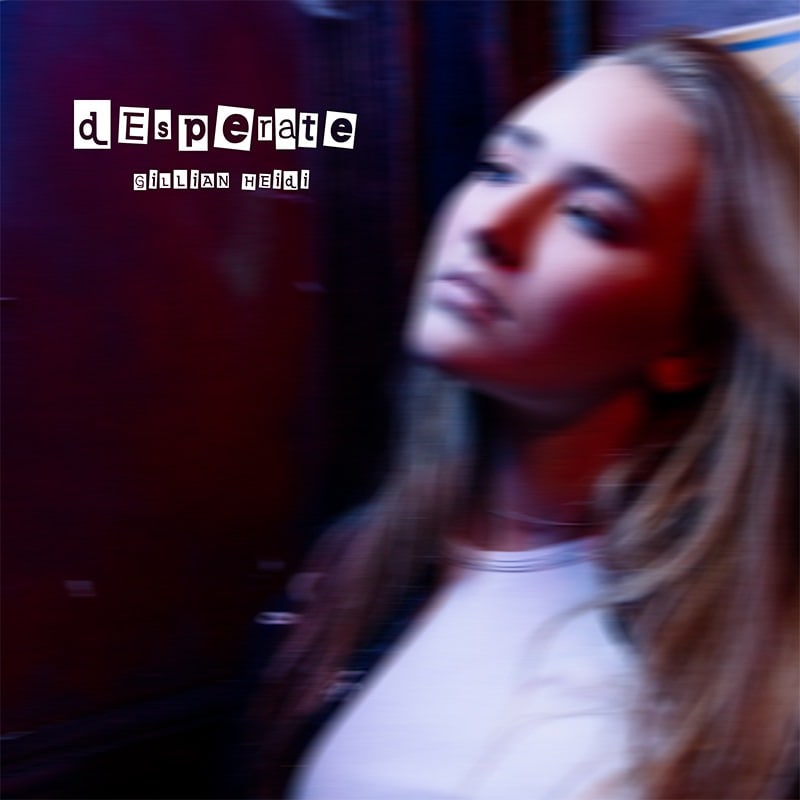 Emerging pop singer-songwriter Gillian Heidi is releasing her new single, “Desperate.” Following in the heels of her recent singles, “High” and “Static,” “desperate” is another preview of Gillian’s forthcoming debut album, 3AM, slated for release later this year.

Gillian’s R&B-infused pop vocals take centerstage on “Desperate” as she sings of the guilt and thrill that comes with having a crush while in a relationship. Underscored by layered harmonies and full-bodied instrumentation, “Desperate” is another dynamic left-of-center pop track to add to Gillian’s quickly growing repertoire. “I think that ‘desperate’ really sets the tone of the album,” Gillian writes of the new single, “it was one of the first songs I wrote for the album and it’s one of my favorite.”

Gillian Heidi treats her music as a conduit for truth. Whether behind the piano or with a guitar in hand, the Boston-based artist chronicles life’s ups and downs, ebbs and flows, and trials and tribulations with thoughtful clarity, poetic eloquence, and a stirring soulful voice. Documenting the dissolution of a relationship, confronting the pains of addiction, or facing loneliness, she confidently conveys unbridled emotion with wisdom that belies her 16 years of age.

Gillian made her introduction last year with the independent release of her debut EP, Unfiltered. The lead single, “What It Felt Like,” impressively tallied 200K Spotify streams — no small feat for an unsigned act. 2020 is shaping up to be another banner year for the young songstress as she heads towards the release of her album, 3AM, due out later this year.