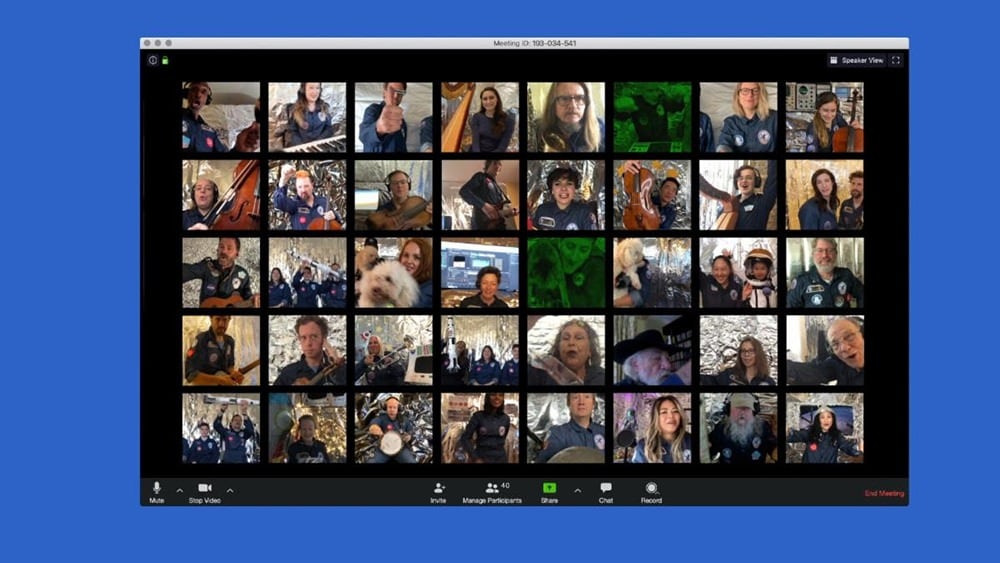 Today, The Avalanches and The International Space Orchestra (ISO) come together to share their collaborative music video for the Australian alt-rock/electronica pioneers’ new track, “Wherever You Go” ft. Jamie xx, Neneh Cherry and CLYPSO. The video, filmed live during lockdown, is a meteorite shower of space science, planet-poking and harp-playing spacecraft operators coming together with The Avalanches’ Robbie Chater and Tony DiBlasi in the most cosmic collaboration imaginable. The clip, which marks the first time The Avalanches have appeared in a music video, can be viewed HERE.

Robbie Chater and Tony DiBlasi of The Avalanches say, “We are forever grateful to Dr. Nelly Ben Hayoun and the International Space Orchestra for a truly magical, inspiring and connective experience. During a hard lockdown, it has renewed our faith in music, humanity and the power of connection, science and love.

“We have so much respect for all those at NASA and SETI Institute and the work they do pushing the boundaries of human exploration, in trying to find the answers to the universe, and who and what lay beyond our neighbourhood.”

As a part of their musical collaboration, The Avalanches also worked on developing a sonification of the Arecibo message created by SETI Institute co-founder Frank Drake, who shared the original message with the band.

“We would also like to thank Dr. Franck Marchis and Dr. Frank Drake for all their help in deciphering the Arecibo message for inclusion on our upcoming project. It’s the first time this message has been translated into music,” add Chater and DiBlasi.

Created in 2012, ISO is directed by SETI Institute Designer of Experiences Nelly Ben Hayoun-Stépanian along with musical director Evan Price. Under Ben Hayoun-Stépanian’s leadership, ISO has performed sold-out shows on some of California’s most prestigious stages – including San Francisco Symphony Hall, The Fillmore and the Hollywood Bowl – with world-renowned, GRAMMY® award-winning artists such as Bobby Womack, Damon Albarn, Beck, Sigur Rós, Maywa Denki and Savages.

Of the collaboration, Ben Hayoun-Stépanian says, “The Avalanches have been working on a space inspired album for a few years now. Researching sounds coming from space, they came across the brilliant work developed by our scientists at the SETI Institute and by the International Space Orchestra. Very quickly, it became apparent that our musical collaboration should focus on further inspiring new perspectives and desires to understand the universe. In the current context we could not make our performance happen in real life, but we decided to make it happen regardless and this performance is the result of our online meetups. We hope that our performance will allow for further curiosity and interest to research further galaxies and extraterrestrial intelligence and life. Working with The Avalanches has been our greatest honour, one of the most cosmic experiences we have encountered. Robbie and Tony are truly inspiring, kind, caring and just too brilliantly talented. Thank you to them for having us at the International Space Orchestra and the SETI Institute a part of their outer-space musical journey.”

Released in July 2020 by Astralwerks, “Wherever You Go” ft. Jamie xx, Neneh Cherry and CLYPSO is an epic track that begins with greetings from planet Earth, sampled from The Voyager Golden Record, a gold-plated copper disk launched into space by Voyager 1 and 2 in 1977. The New York Times said, “The track moves from buzzy, beeping, tinkling abstraction to a thumping dance floor” while PASTE Magazine hailed “Wherever You Go” as one of the “Best Songs Of The Week.”