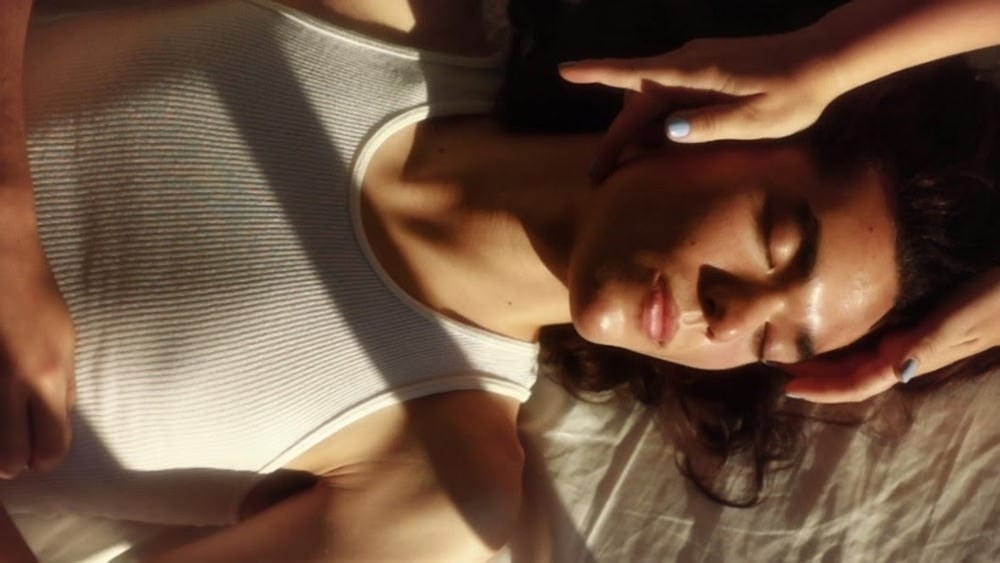 About the visual, Conan commented, “when i was in high school, i had a crush on the same one person all four years. but that one person did not love me back, instead my crush liked a girl named heather. heather was gentle and beautiful, inside and out. she was warm like a summer day, and had so many friends. she was soft and so easily lovable— everything i am not. the heather video is my way of becoming all of the things that i envy about heather. i would’ve done anything to be like her. wear the right pretty clothes and act the right effortless way. reject all the things that made me who i am. anything to be loved back by the person i loved. anything to be their first choice. the slow transformation throughout the video was made to represent the feminine and masculine traits i constantly switched between in order to become who i knew my crush would like. somebody soft and sweet. somebody like heather.”

The highly intimate video builds towards a transformative climax that proves provocative and thought-provoking. Tight and vulnerable closeups of the artist capture the tension between soft guitar and his confessional vocals. All building to the video’s finale, revealing a surprise full circle moment to fans.

“Heather” continues his unprecedented success. Dominating DSPs, it recently ascended to #1 on the Apple Music Pop Songs Chart (US) and #1 on the Tik Tok Pop Playlist Sound (US). It captured spots in the Top 15 of the Spotify US Daily Top 200, Top 25 on the Spotify Global Daily Top 200, Top 30 of the Apple Music Top 200 Songs (US), Top 30 on Apple Music Top 100: Global Songs, and Top 20 on the iTunes Top Pop Songs Chart. Plus, it claimed a place on Spotify’s “Today’s Top Hits” and Apple Music’s “Today’s Hits.” With north of 110 million global streams, it emerged as one of the Top 100 Most-Streamed Tracks on Amazon Music as well.

Speaking to his impact, Billboard, Forbes, and OnesToWatch have pegged him among next year’s “Best New Artist” nominees for the 2021 GRAMMY® Awards. Both Billboard and Forbes named “Maniac” among “The 50 Best Songs of 2020 (So Far)” and also proclaimed Kid Krow as one of “The Best Albums of 2020 (So Far).”

Conan Gray has quickly cemented himself as one of the freshest voices in music during his meteoric two-year rise. The singer-songwriter from central Texas—known for writing all his songs from his bedroom and for his unapologetic authenticity—has quickly amassed one of the most engaged, rabid fanbases in the music industry. He first gained attention when he uploaded his song “Idle Town” online, which he recorded from his bedroom in Texas. Upon release, the song exploded and led to the release of his critically acclaimed Sunset Season EP. He soon made his debut tv appearance on Late Night with Seth Meyers and was featured in Vogue, VMan, Teen Vogue, Paper, The Fader, MTV, I-D, Billboard, Wonderland, Clash, Notion, Seventeen and more. His debut album, Kid Krow, released in March 2020, reached #5 on Billboard Top 200, #1 Pop Album, #2 Billboard Top Album sales and was the biggest new artist pop debut in over two years. Conan has been recognized as one the most prominent voices of his generation, and with the release of Kid Krow his music, has been streamed over 1 billion times. He has sold out three North American tours, two European tours, and additional shows around the world.