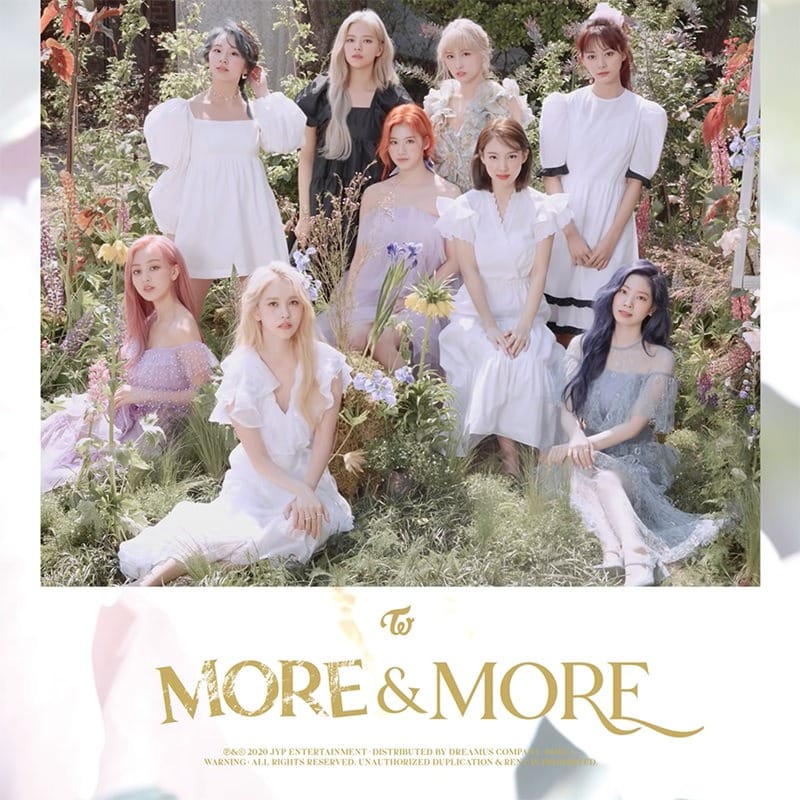 K-pop superstars, TWICE have released the English version of their current title track “MORE & MORE” today via Republic Records through all digital and streaming platforms. Originally off their ninth mini-album MORE & MORE, which entered the Billboard 200 for the first time upon its June release, the tracks energetic and dance heavy music video has accumulated an impressive 165M views and counting. The “MORE & MORE” single release marks the first time the group has recorded a full track in English, and certainly won’t be the last. It was recently announced that TWICE is currently recording material for a new album, with more details to be revealed in the coming months.

“We prepared the English version of “MORE & MORE” as a gift to our ONCE around the world,” said TWICE in a group statement. “We wish them happiness, and hope that they enjoy the song.”

Earlier this month, TWICE hosted an innovative online concert titled “Beyond LIVE – TWICE: World in A Day” with a full on-stage production for their fans across the globe. 126+ countries tuned in worldwide, to watch the group perform their hits and new tracks off MORE & MORE. The live concert was a pure representation of the special bond TWICE share between each other, as well as, with their fans, also known as ONCE.

Since the MORE & MORE release, the album has been very well-received, making a strong debut across multiple charts in its first week of release, including Billboard’s World Albums chart where it landed at #2, Billboard’s Heatseekers Albums chart where it hit at #3 – a new chart peak for the group, and their first ever entry onto the highly coveted Billboard 200 and Artist 100 charts.

Since TWICE was formed in 2015, the group have become globally renowned superstars, rapidly taking the U.S. by storm. Having graced Allure Magazine’s May 2020 cover, the group have been praised by the likes of TIME Magazine, Billboard, Forbes, Interview Magazine, Teen Vogue, Elle and BuzzFeed to name a few. In 2019, the group successfully completed their World Tour, TWICELIGHTS, which included sold-out shows at The Forum in Los Angeles, the Prudential Center in Newark, where they performed in front of 11,000 fans, and a show at the Wintrust Arena in Chicago.

The “MORE & MORE” English version is out now. Listen to the track HERE.